#TuksCycling: Tuks cyclist loves to dictate races from the front

It is said the best cycling moments are the ones where you bite off more than you can chew and live through it.

For Tuks's Alex Worsdale, it certainly holds true. As a cyclist, he never sits back and waits for things to happen. He makes it happen. Ever so often during a race, he would find himself in breakaway putting his body under strain.

Worsdale knows there are never any guarantees. It is the times when his heroics do pay off that gets his adrenaline pumping. It is the moments he never forgets.

One such was last year's 947 Ride Joburg. Worsdale was in a break for most of the race. When it mattered, he put his body on the line riding in the front in a slight crosswind to help his OfficeGuru teammate, Marc Pritzen, save his energy for when it matters.

He was not finished. Worsdale still had enough left in his "tank" to attack twice in the final few kilometres. His heroics paid dividends. Pritzen had an easy ride. With about 100 metres from the finish, he caught up to take the win. The Tuks student finished second improving on his seventh-place finish of the previous year.

Another memorable moment was last year's Jock Classic. Worsdale got away in a solo break and stayed away until the end to win the second stage. Then there was wearing the coveted yellow jersey to the end during last year's USSA Cycling Tour. Last month he finished second in the Lost City Classic.

Next Sunday Worsdale and his OfficeGurru teammates will attempt to defend their 947 Ride Joburg-title. It is going to be a different ball game, however. Due to the Covid Pandemic, the race format has been changed to a criterium race.

"I love criterium racing, but it is not my forte. I will do the 'donkey work' for my teammates. From a spectator perspective, the 947 Ride Joburg is going to be exciting. They will able to see most of the action. The more spectators there are at any race, the better the chances of more sponsors getting involved in cycling."

One of Worsdale's goals had always been to race overseas. Maybe next year he will get to do so as he hopes to be finished with his BSc Human Physiology degree.

"It has always been important to me to have something to my name before I take up cycling full time as no sports career lasts forever," the Tuks student explained.

According to Willie Smit inspired him. Smit who is currently riding for the Burgos BH-team in the Vuelta a España also studied at Tuks before becoming a professional cyclist.

Worsdale hopes to ride in either France or Spain as it suits his style of racing.  He is what is called an all-rounder. He can go up at speed on climbs and is never scared to contest a sprint. 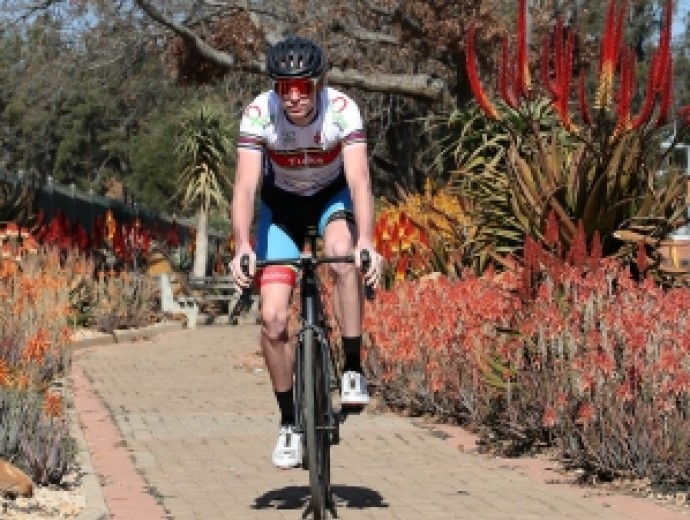