The Jaguars achieved two new milestones last night in Bloemfontein when they beat the Crinums 38-26 in the final of the Telkom Netball League.

They are the first team to win the national netball league for the fourth time, but it is the first time the Jaguars managed to beat the Crinums in the final.

Yesterday night was the 16th time the two teams clashed since the inception of the league since seven years ago.  The Jaguars won 12 of the previous 15 encounters. The Crinums, however, held the distinction of having won all three of the earlier finals played between the two teams. The Jaguars have at long last broken the jinx.

It is the second time the Jaguars have gone unbeaten throughout the tournament. Of the 12 games, they played they won 11 only drawing against the Stings. In 2018 they won all ten their games.

The Tuks based team clinched the title in the third quarter. Up to then, it was anyone's game. At halftime, the Jaguars were only leading 16-15. As it has happened so often during this tournament, it was the Jaguars who stepped up when it matters scoring ten goals and conceding only four. The Crinums never recovered.

The 19-year old Tuks student, Jamie van Wyk, was as usual brilliant on defence fine-tuning the skill of intercepting the ball to a fine art. It led to her deservedly getting the player of the match award.

The Tuks head coach, Jenny van Dyk, who also coaches the Jaguars said it was never about only defending the Telkom League title.

"The Jaguars are an attacking team. When we play a game, we play to win. The aim is to never be on the back foot. For us, it is always about the bigger picture. What is best for South African netball. In three years from now, South Africa is hosting the Netball World Cup. I want to help our players to be at their best."

Consistency is according to Van Dyk key to the Jaguars success.

"The aim of any team should be to set a high standard at all times. You can't do that if the results keep on seesawing-good and then bad. I expect every player to give 100%. It is what it takes to be a champion over a long period. Players should never take anything for granted. As a team, we are not quite there yet. We had our bad days during the tournament.

"Hard work beats talent every day if talent does not work hard," is a phrase Van Dyk often uses to motivate her players.

According to her, the national lockdown might have been the "sliding door moment" between the Jaguars and every other team.

"Before the lockdown, the other teams were catching on to what we were doing. That is why, when lockdown happened, we did not stop training. We stepped up and worked harder to try and ensure we will still have an advantage on the court."

Part of the Jaguars success is undoubtedly due to the Tuks coach being a forever student of the game. During last year's Netball World Cup Tournament when she was not watching the Proteas play, she attended coaching courses in Britain.

"I still feel I am not doing enough. What drives me is to always find ways to do things better tomorrow than I did today. But it is also about finding a balance. What I have learned is that it does not help to focus on 48 different things at the same time. Winning is about marginal gains. It is better to focus on two specific aspects of the game and make sure the players get to master it- quality rather than quantity." 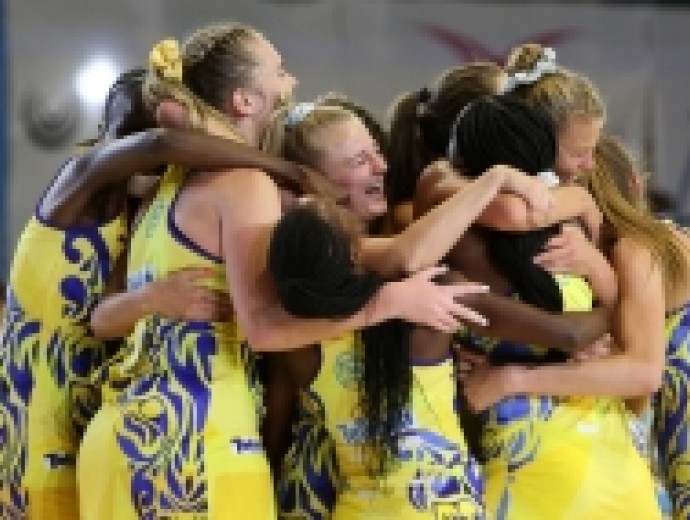