The Jaguars will contest the final of the Telkom Netball League for a record seventh time after beating the Stings 42-36 in the first semifinal played yesterday afternoon in Bloemfontein.

The Tuks based team will face off against the Crinums who have beaten the Fireballs 38-37 in the second semifinal. The final will be played on Tuesday at 19:00 in Bloemfontein.

The Jaguars are the champions for the past three years while the Crimums were victorious during the first three years of the tournament.

It is difficult to find an adjective that will do justice to the Jaguars heroics. Over the past 12 days, the team has won ten games and drawn once. What is most impressive is how the team seems to get better the more they play. They are the only team not to have lost yet.

The result in yesterday afternoon's semifinal against the Stings was never in question. The Jaguars took control from the start and not by fancy play. They stuck to the basics.

The team's experienced players led from the front especially the two Tuks Alumni players, Marlize de Bruin (centre), and Izette Griesel (wing attack). They dominated in the middle of the court, opening up gaps with brilliant passes.

De Bruin does not want to take sole credit for her performances. All that matters to her is "ticking the boxes" to ensure the Jaguars win.

The Jaguars goal attack, Chantelle Swart, who has also been impressive throughout the tournament, ascribed the team's dominance to an absolute will to win.

"From the start of the year, our goal had been to defend the Telkom Netball League title. That meant we all needed to be at our best. So we had to put in the long hard hours even during the national lockdown."

Tuks's head coach who also coaches the Jaguars, Jenny Van Dyk, is not one to spoonfeed her players. She wants them to take responsibility for what is happening on the court. To think. It meant that each player had to do their own analysis identifying the strength and weaknesses of their opponents and come up with a plan as what to do. According to Swart, it helped them to be mentally prepared for each game.

Swart showed a lot of maturity in the circle. She seems to never lose her composure.

"I had to as I was the most experienced player in the shooter's circle. During last year's tournament Chrisna van Zyl was the one who guided us. She made sure that we stayed focused at all times on what needed to be done and never panic. I tried to do the same," the Tuks student explained. 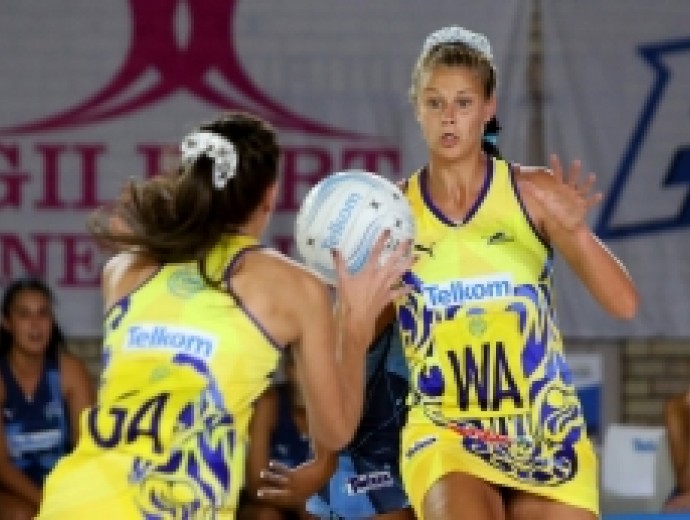