#TuksNetball: The Jaguars still unbeaten in the Telkom Netball League

The Jaguars tops the Telkom Netball League standings after beating the Crinums 42-39 yesterday afternoon in Bloemfontein.
When the going gets tough, the tough get goings is the best way to summarise what happened on the court. It was the third successive game where it looked like the Jaguars might lose, but then in mere few minutes, they turned the tables.
Yesterday afternoon they trailed the Crinums by three goals with less than eight minutes on the clock. No one panicked. Every player did what was expected. It led to the Jaguars scoring ten goals while conceding only four.
The Crinums's Ané Retief who was the player of the match, admitted that she and her teammates only got themselves to blame.
"If you want to win, you need to stick to the basics. It means limiting your mistakes. We did not do so."
The Jaguars captain, Izette Griesel, who again led from the front got the moment of the match award.
Tuks's head coach, Jenny van Dyk, who coaches the Jaguars said afterwards that it was not quite the way she would want things to play out.
"The players make me age on the sidelines. But I guess I should not complain a win is a win. In the end, that is what matters."
When asked how the Jaguars players never seem to lose their cool Van Dyk said it might be due to the way they prepared for the tournament.
"When it was announced it was going to be only a two-week tournament I realised it was going to be important that the players should get used to being under pressure. So each day for about an hour, I really worked them hard. It might be what is making the difference."
According to Van Dyk, the tournament is far from being won.
"From 20 October the second round starts. If everything goes according to plan, we are going to play each day up to the semifinals—six games on the trot.
"We would like to try and remain unbeaten, but I know it is going to be tough. My challenge as a coach will be player management. I would like to rest my top players whenever I can. It means I will have to think carefully about each decision I make."
Today at 11:00 the Jaguars play the Stars. It is the game they ought to win as the Stars are the only team not yet to have won a game.
- Author Wilhelm de Swardt
Share this page
Published by Leonore Jordaan 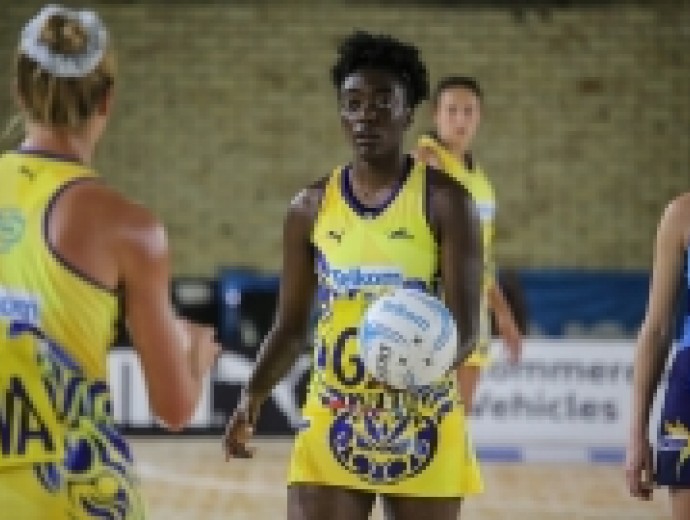