If Vanes-Mari Proudfoot (Du Toit) can change one thing, it would be to help local female sports stars get the same opportunities as their male counterparts.
Earlier this year the former Proteas and Tuks player and nowadays television presenter attended a sports quiz. One of the questions had to do with who is captaining South Africa's netball team.
"It was shocking. No one but I knew the answer. It nearly made my blood boil. I think it is time that we start to treasure our national netball players the same way as we do our Springboks or for that matter Bafana or Protea cricket players.
"These girls are as dedicated as any male athlete. It, however, does not seem to matter," said Proudfoot, who started her senior netball career playing for Tuks.
Proudfoot has a good reason for being so passionate. In 2023 South Africa is hosting the Netball World Cup Tournament. There is nothing she would love more than to see the Proteas contesting the playoffs on home soil.
"It is a given that every national player will put in long hours of training and make considerable sacrifices to ensure they are at their best for the World Cup. What will help is if they feel they belong. It is up to us as sports fans to do so. After all, it is us who want them to be our heroes.
"Would it not be great if netball in South Africa can be more than a mere sport? If a player should choose so, they should be allowed to make a career from playing. It would be a certain way to grow the sport."
The Springboks winning the Rugby World Cup last year against England will forever remain a favourite memory for Proudfoot. It is not only due to her being a proud South African. Her husband, Matt, was one of the Boks's assistant coaches. It meant she got to live the "dream" with the Bok "camp". They made her realise if there is a will nothing is impossible.
"The World Cup final was an emotional affair to me from the very moment we stood up to sing the national anthem. I could not help it. I had tears in my eyes. It was only after the first scrum that I got to relax a bit. I realised the Boks were going to win as they stuck to the game plan. Still, I could not refrain myself from being totally involved. It felt like I was on the field handling the ball, jumping in the lineouts and contesting scrums", the former Tuks player said.
"The Boks victory again made me again realise the importance of sport. That moment the final whistle blew it felt like we as Bok supporters were one big happy family. I don’t think I have ever hugged so many people on one day. Sport truly changes lives."
Proudfoot represented South Africa in 38 tests. She has also earned 36 caps playing FastFive Netball for the Proteas. A highlight was being considered to be Africa's most valuable netball player in 2013.
She will also not forget South Africa's encounter against Jamaica in 2014. It was the first time in more than 40 years that the Proteas managed to get the better of Jamaica. In 2014 Proudfoot was Tuks's sportswoman of the year.
"My memories of playing for Tuks will always be special. The tradition and culture of the university made you want to be at your best at all times. We played to leave a legacy. We wanted young players on finishing school not to wonder to which university they want to go to further their netball careers. Tuks had to be their only choice."
- Author Wilhelm de Swardt
Published by Leonore Jordaan 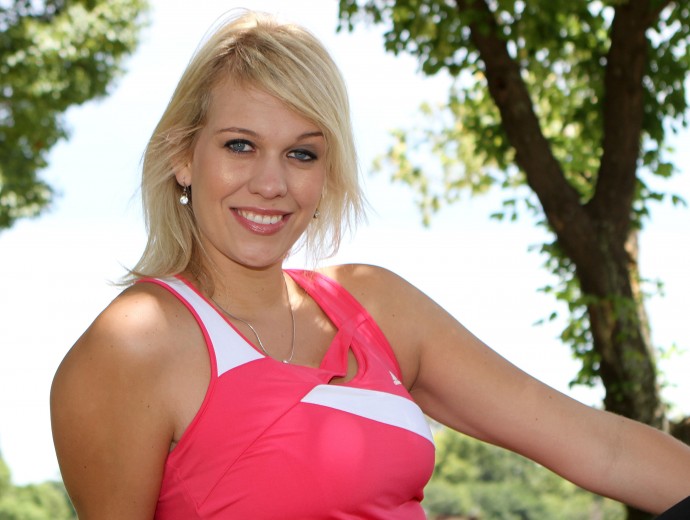