#TuksSwimming: Schoenmaker has mixed feelings over the Olympic Games postponement

#TuksSwimming: Schoenmaker has mixed feelings over the Olympic Games postponement

Relieved as well as saddened is how the World Swimming Championship silver medallist Tatjana Schoenmaker feels about the postponement of the Tokyo Olympic Games to next year.

"It is a decision that was needed to be made as people's lives are at risk due to the worldwide coronavirus," said the Tuks swimmer.

"From a personal perspective, the cancellation is a let-down. For 15 years it has been my dream to compete at an Olympic Games. 2020 would have been it. But then again, what difference is another year going to make? It gives me more time to improve my swimming skills. I got a fantastic team supporting me, which means postponing my program with a year ought not to be a problem."

According to Schoenmaker, the last few weeks had been difficult for athletes as everyone was unsure as to whether the Olympic Games were going to happen.

"The reality is with South Africa being in lockdown from midnight tomorrow, I am not sure if it would have been possible to continue to train."

The Tuks swimmer's biggest wish for everyone is to stay safe and healthy in these uncertain times.

Schoenmaker was responsible for one of the most significant breakthroughs in South African women's sport last year when she won a silver medal in the 200m-breaststroke during the World Championships in Korea. She is the first local female swimmer to medal at a world long course championship (50m). It led to her deservedly winning the 2019 South African Sportswoman of Year-award as well as the South African Sports Star of the Year.

The South African rowing coach based at Tuks, Roger Barrow, described the last few weeks as an emotional rollercoaster ride.

"The coronavirus outbreak certainly has taken its toll and has been tough on every athlete and coach involved in trying to compete at the Tokyo Olympic Games.

"As rowers, we tried to differentiate between the quest to qualify for the Olympic Games and the current worldwide health crisis. It has not been easy.

"Many athletes have invested a lot of time and hard work in trying to be at their best. To know now that the Olympic Games is postponed is a big blow. I think it is going to take some time for the athletes to truly understand why.

"The correct decision, however, has been made. We really want everyone to be safe and look after themselves over the next few weeks.

"The challenge for the rowers, actually all athletes, is to readjust their mindsets. It is a case of getting "back on the horse" and train when it is allowed."

Lindsey Parry (Tuks) one of South Africa's foremost triathlon coaches said the postponement of the Games is the right one.

"It is the only logical thing to do and is best for almost all athletes. It would be impossible for athletes to properly prepare as most training facilities across the world might be closed. Most of the major international sports events have also been cancelled.

"The reality is that some countries would have had considerable advantages over others, depending on when facilities became available. Coupled with this is the threat that some states would have boycotted the Tokyo Olympic had it continued." 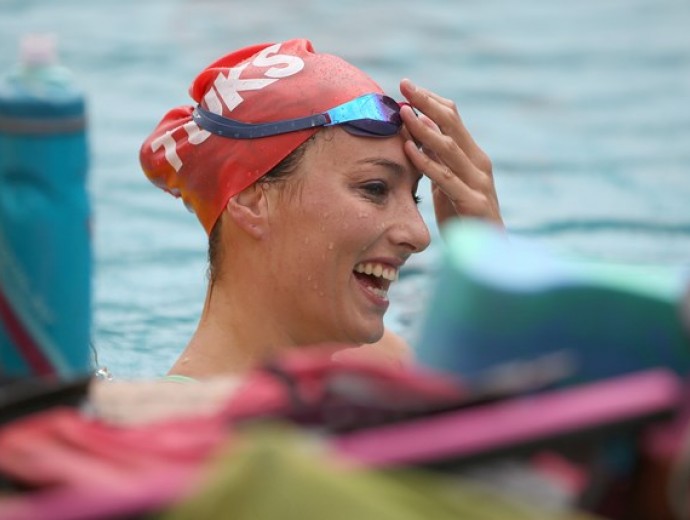