#TuksTriathlon: Tuks triathletes will start their international campaign on Sunday

Tuks's triathletes will start to compete in earnest from Sunday when they line up to race the African Triathlon Union Sprint Cup in Masselspoort.
Lindsey Parry (Tuks triathlon head coach) predicts his athletes will have their work cut out as quite a few European athletes are also competing. Everyone has the same goal that is to see where they are at with the Olympic Games in Tokyo coming up.
If the rankings of the International Triathlon are anything to go by Switzerland's Max Studer will be the athlete to beat. He is ranked 32nd in the world. Spain's Antonio Seoane is ranked 36th.
Matthew Greer and Dylan Nortje are two of the Tuks athletes who will be competing in the men's elite race. Greer was second in last year's African Championships.
Parry gets quite excited when speaking about the two Tuks athlete's rivalry.
"Dylan is fairly good allrounder while Matthew is good on the bike and an excellent runner. If it was not for mechanical problems during last year's ITU World Triathlon Grand Final in Lausanne, he might have surprised in the men's under-23 race."
According to Parry, the two Tuks athletes bring out the best in each other when competing.
"When training, they are best friends, but everything changes the moment they line up to compete. Then it is all about the winner get to take everything. That makes for exciting racing as I am never sure which one of them will come out on top."
Tuks's Matthew Nordengen-Corris will be competing against the elites for the first time. The 19-year who matriculated last year in KwaZulu-Natal is a relative newcomer to the sport. He used to be an enthusiastic hockey and water polo player, but then he decided he needed a new challenge. So he took up triathlon.
What excites Parry is his swimming abilities.
"My challenge is to get him to be competitive on the bike and run as well if I do, he will have the abilities to cause upsets in the foreseeable future."
The 19-year old Bridget Theunissen is another newcomer to Tuks. She was second during last year's Junior African and South African Championships. In 2018 she finished 22nd during the Junior World Championships in Australia.
"I have asked Tuks's swimming head coach, Rocco Meiring, to help improve her swimming. My challenge is to get her to cut about a minute plus on the times she is currently running over 5 kilometres. If she does things could get exciting during the World Championships."
- Author Wilhelm de Swardt
Published by Leonore Jordaan 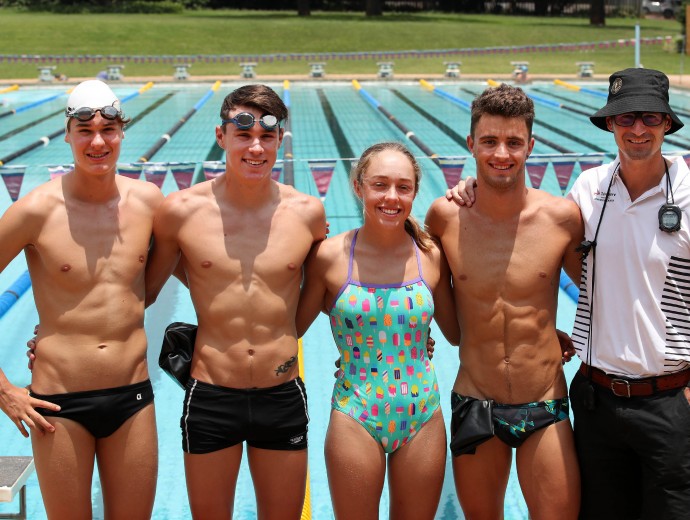