#TuksTriathlon: Sullwald starts a new chapter when he races in New Zealand

Sunday, 25 March will be the beginning of a whole new chapter for Wian Sullwald when he competes in a World Cup triathlon race in New Plymouth, New Zealand.

It is the first time that he will be competing since surviving a farm-attack last year in December. Sullwald who will represent South Africa at the Commonwealth Games makes no secret that his whole perception about racing and the way he thinks about life, in general, has changed. He feels he got a second chance in life and he wants to make the most of it. It is all about no regrets.

Lindsey Parry, his coach at the Tuks/HPC, is not one to make bold predictions, but he got a good feeling about what could happen on Sunday.

“Wian has a very different and calmer lookout when it comes to competing. Due to the attack, we had to change his training quite significantly because his hand got quite badly damaged. It meant he could not swim as much as he normally would have. The positive is that it gave us an opportunity to build an enormous “engine” on the bike and run.

"He is now stronger than he has ever been in those two disciplines. Obviously there is still a bit of work to be done on his swim, but he is getting stronger each day.

“It is exciting to see how he has grown in confidence over the last few weeks. He has even got a bit of the old swagger back. It is as if he is expecting to do well.

“Wian is putting a lot of pressure on himself to do well at the Commonwealth Games. As his coach, I just want to see him put the three disciplines well together during the race. If he does, there is no reason why he can’t race for one of the top spots in New Plymouth and the Games.”

As to the goals for the rest of the season for the Tuks/HPC-athlete Parry said he would be satisfied if  Sullwald can convert last year’s two top ten finishes in the World Series-events to top five placings and his top 15 finishes to finishing in the top ten.

“What I am looking for is for Wian to become more consistent when he races. If he does, there is no reason why he couldn't rank in the World Series top ten.” 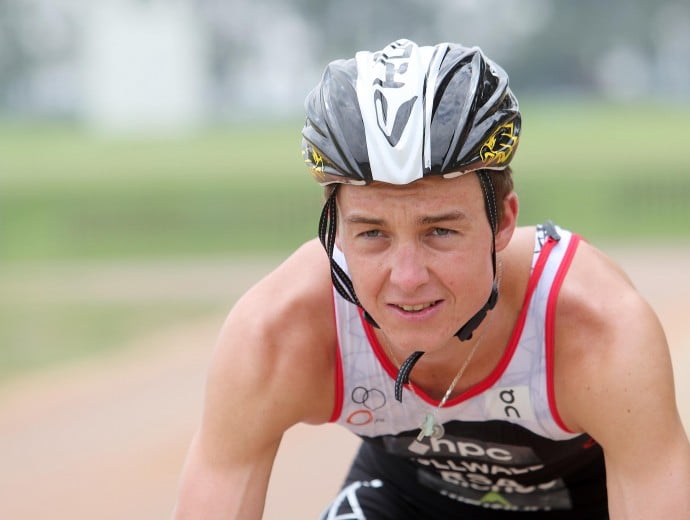