Nathania van Niekerk who qualified in the 200m-backstroke for the Commonwealth Games got five distinctions.

The TuksSport High School's matrics managed for the 13th time in 14 years to get a 100% matric pass rate, 87% achieved university exemption.

Hettie de Villiers (school principal) ascribed the student's success to them living a philosophy of no regrets to the fullest every day.

"At the school, we emphasise that to be a real winner will never just be about winning medals it is equally, actually more, essential to excel as a student. Winning is going to sleep at night with no regrets; winning is checking your ego at the door; winning is assuming responsibility; winning is living a balanced life."

Venter who is one of the top young triathletes in the country echoed De Villiers sentiments saying having to train two hours in the morning before school and again for two hours afterwards helped her realise the importance of time management.

"Anything is possible if you set yourself goals and are 100% committed to achieving them. What helped me is the pact I formed with my roommate, Gizelde Strauss. She agreed to help me to become a better triathlete while I helped her with her studies. It was a win-win situation."

Although Venter is passionate about being a triathlete, she is going to take a sabbatical from serious competition this year to get an opportunity to fulfil her other dream, that is to become a vet.

"I love animals. To be honest, animals are my greatest passion. Unfortunately, I did not get accepted to study veterinary science because I applied too late. I am now going to study biological sciences. If my marks are good enough, I hopefully will be allowed to switch courses."

Once qualified as a vet Venter hopes she will get to work with horses.

"It is funny I used to be slightly scared of them, but I am not anymore. I think it could be rewarding to work in the racehorse industry as a vet because you get to make a real difference in the life of animals. Ever so often there are stories of horses  that are being maltreated."

Van Niekerk who is considered to be a future international swimming star makes no secret of the fact that last year it was not just about being a champion in the pool.

"I think education is the most important thing a young person has to go through. Not qualifying for Olympics in 2016 made me realise that swimming is not going to be around forever and I need to make sure that I have a life to go back to and a plan B in a sense for the day I retire," said the school's  former head girl.

One of South Africa's top young sprinters, Clarence Munyai, proved that with the right mindset that anything is possible. He missed about three months of schooling due to athletic commitments, amongst other things being in Europe for two months. Still, he passed with university exemption just missing out on a distinction.

Munyai along with Wayde van Niekerk last year made athletics history at the Golden Spike Meeting in Ostrava by becoming the first athletes of the same country to set new world bests in different categories but in the same race. 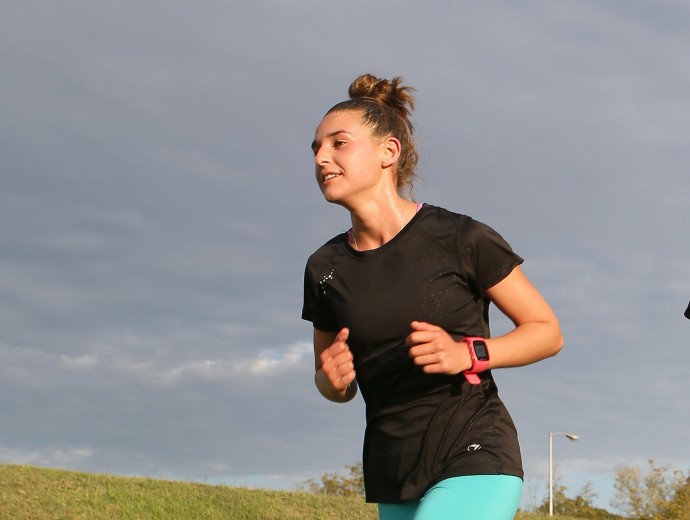