Enteric viruses – with special reference to food- and waterborne viruses 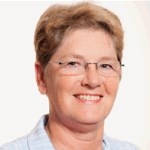 Maureen Taylor read for the degrees BSc, BSc (Hons) and MSc in the Department of Microbiology, Rhodes University, Grahamstown.  In 1980, after working as a Research Officer in the Food Research Institute of the CSIR where she specialised in the bacteriology of meat and meat products, she joined the Virology Section of the Department of Medical Microbiology, later the Department of Medical Virology, University of Pretoria as a Professional Officer where she obtained her DSc.  In 1987 she was appointed as a senior lecturer in the Department, with promotion to Associate Professor (Ad hominem) in 2000. In 2002 she was transferred to the National Health Laboratory Service (NHLS) and she currently holds a joint appointment as an Associate Professor/Medical scientist in the Department of Medical Virology, UP/NHLS TAD.    She is the author or co-author of over 50 research papers in peer-reviewed journals and is a member of the editorial boards of Food and Environmental Virology, Journal of Applied Microbiology and Letters in Applied Microbiology.  She has recently been awarded the Rand Water Chair in Public Health and a C2 NRF rating

Maureen Taylor's is head of the Enteric Virus and Environmental Research Group and her research focuses on the detection and molecular characterisation of enteric viruses, including hepatitis A virus, norovirus, sapovirus, enterovirus and rotaviruses from environmental sources, with special reference to food and waterborne viruses.  The genetic relatedness and clinical relevance of the environmental strains in relation to those associated with clinical disease is evaluated.    The group’s first genomics project will focus on whole genome sequencing of norovirus GII.4 variants identified in sporadic cases and outbreaks of acute gastroenteritis.