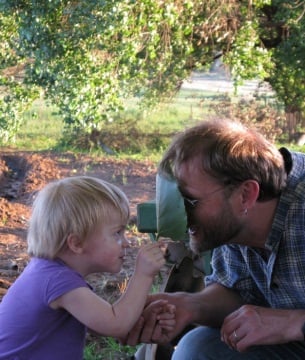 Jaco Greeff studied Zoology at the University of Pretoria and Rhodes University and was a Postdoctoral fellow at the Max-Planck institute for Behavioural Physiology. He has been appointed in the Department of Genetics since 1999. Jaco's research focuses on the evolution of interactions, specifically during reproduction and between relatives. Initially he specialised in using mathematical and computer models to generate testable hypotheses of the types of behavioural patterns that should evolve. Now he also incorporates molecular and statistical techniques to test these ideas. His model organisms are fig wasps and humans. In the last few years he has been focusing on reproductive strategies and the genetic history of the Afrikaner population.

Prof Greeff has a B2 NRF rating

We have genotyped a large number of Afrikaners and are looking at racial admixture during the formation of the Afrikaner population. We are also quantifying the importance of recent coalescence due to the founding event.