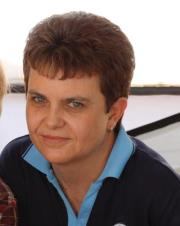 In recent years she has established herself in the field of molecular veterinary parasitology; focusing on molecular diagnostic assay development and the molecular characterization of novel tick-borne blood parasites (Theileria, Babesia, Ehrlichia and Anaplasma species) of domestic and wild animals, including those that threaten endangered and rare wildlife species. Some of the highlights include the identification of novel Babesia and Theileria species from sable, roan and giraffe as well as the development of a Theileria parva-specific real-time PCR assay for the detection of T. parva (causing Corridor disease in South Africa) in buffalo and cattle.

Marinda Oosthuizen has a C2-rating from the NRF and she was the joint-winner of the Faculty of Veterinary Science “Researcher of the Year” award in 2011. She has published 30 papers in peer-reviewed journals and her findings have been presented at various national and international conferences.

There are currently 1 postdoctoral fellow, 2 PhD and 2 MSc students enrolled under her supervision. During the past 6 years she successfully supervised and/or co-supervised 4 PhD, 8 MSc and 3 Honours students. Furthermore, she is a council committee member of the Parasitological Society of Southern Africa (PARSA).