The 2018 Dregeana Informal was held at the Pretoria High School Old Boys Club on the 10th of May. It was truly a night to remember with this year’s theme being "High School Stereotypes". The venue was decorated appropriately with it resembling a high school gym at prom time. All of the members attending really put in a lot of effort when choosing their costumes and there was a great diversity within the so-called High School Stereotypes. The evening began with mingling amongst the members as they arrived, followed by a dinner. One of the highlights of the evening was the award ceremony where members were praised with humorous informal awards, following this the dance floor was opened and the lights dimmed giving the members the perfect opportunity to dance the night away. Fun was had by all the members in attendance.

The event was truly a success and we would like to thank all the people that helped make it possible and we look forward for this event to be just as good for the years to come! 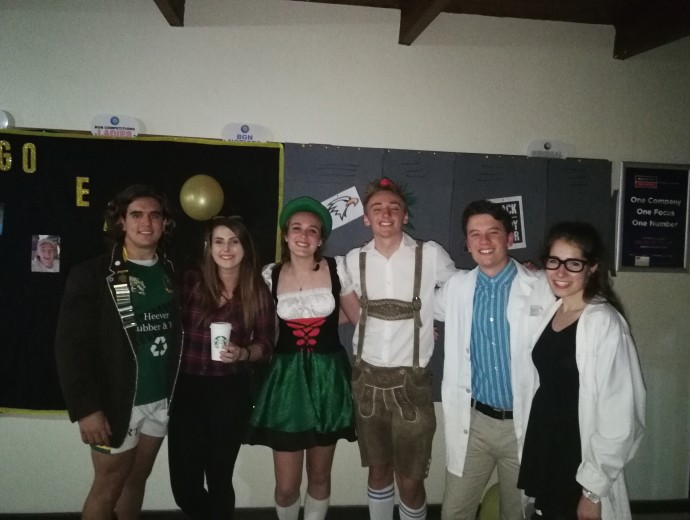 Some members at the Indformal