Tuks hosted its first major event of the year bringing to it a different perspective from the past events.

The event started of with a fun run which had a great turnout as hundreds of people showed up to show their support towards the RAG initiative to raise R60 000 through the R30 particpation to hire counsellors during exam periods to assist the students of the University of Pretoria to be able to cope and have more support to help them get through stressful circumstances/situations. With this initiative Tuks RAG hopes to have a positive impact on students to help them excel academically, socially and mentally.

It was followed by a variety of activities such as the craft markets where the the attendents had the opportunity to spend money on the services and products offered by the residences, day houses and faculties which was aimed at raising funds for over 14 charities that were registered by each partnership.

The sports consisted of both genders playing together in both soccer and rugby which was a beautiful representation of unity and utitlising each others skills to reach a common goal.

There were various perfomances by students of the University while the indigenous took place with games such as "umgusha", Diketo, Carti and several more which was fun and culterally educational. The event ended with a box cart race. The carts were made by the above mentioned partnerships to race more funds for their registered charities. Overall the event was a representation of what RAG is about and its purpose as a student structure. It has surely set a foundation of how the RAG team plans on rebuilding RAG to increase its relevance and impact on society. 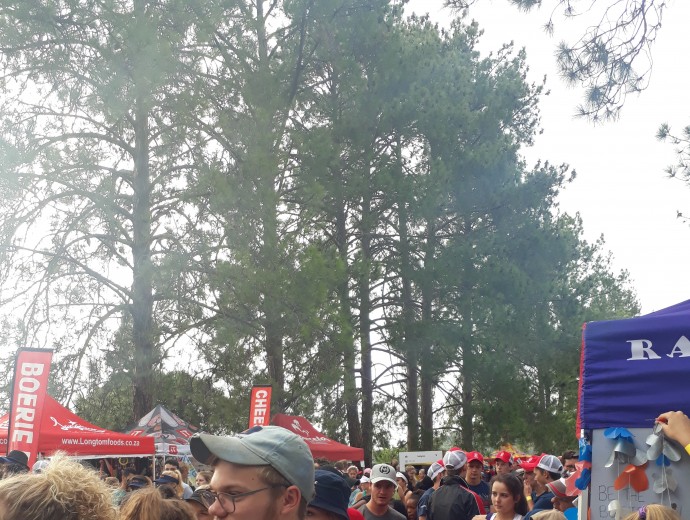