COMMENT: ‘16 Days of Activism against gender-based violence more crucial than ever’

The United Nations General Assembly has designated 25 November International Day for the Elimination of Violence against Women, and has invited governments, international organisations and NGOs to organise activities to raise public awareness of the issue.

In South Africa, this date is also the start of the 16 Days of Activism for No Violence against Women and Children.

Gender-based violence (GBV) is one of the most widespread violations of human rights. According to the UN, 35% of women and girls globally experience some form of physical and/or sexual violence in their lifetime, with up to seven in 10 women facing this abuse in some countries.

The recent tragic deaths of Uyinene Mrwetyana, Leighandre Jagels, Meghan Cremer, and Ayakha Jiyane and her three siblings have highlighted the dire situation in our country. According to recent South African Police Service data, a woman is killed every three hours in South Africa, ranking femicide in this country the fourth highest in the world.

Most GBV takes place in the home and is perpetrated by a current or former intimate partner. The violence may take the form of physical violence, sexual violence, stalking or psychological aggression, and is estimated to be responsible for 38% of women who are murdered worldwide.

Intimate partner violence (IPV) occurs across all cultures and socio-economic groups. Risk factors include marital disagreements, a history of child abuse or witnessing IPV as a child, gender inequality, cultural acceptance of GBV, and poor or disparate educational levels.

The stigma associated with GBV and the fear of being victimised means that fewer than 40% of women will seek help of any kind, and fewer than 10% will seek help from the criminal justice system. This places massive responsibility on medical practitioners to identify, acknowledge, support and treat women in abusive relationships. This should include an assessment by the physician as to whether the patient or her children are in immediate danger and, if so, to assist in establishing a safety plan. Women who have experienced violence may present with acute injuries like traumatic brain injury, an unintended pregnancy or chronic conditions such as headaches, depression, insomnia and pelvic pain. Physicians should be aware of the signs of abuse and be able to provide referrals, resources and a compassionate, caring environment.

Violence also has economic consequences, with a heavy burden on both the health and criminal justice systems as well as rendering many survivors unable to work or move freely in society.

Addressing the problem of violence against women is complex and requires commitment from all stakeholders including government, civil society and other groups. Fortunately there is growing recognition of the magnitude and impact of violence in our South African society – and the need for response from all sectors.

Professor Priya Soma-Pillay is Head of Obstetrics and Maternal and Foetal Medicine at Steve Biko Academic Hospital and the University of Pretoria. 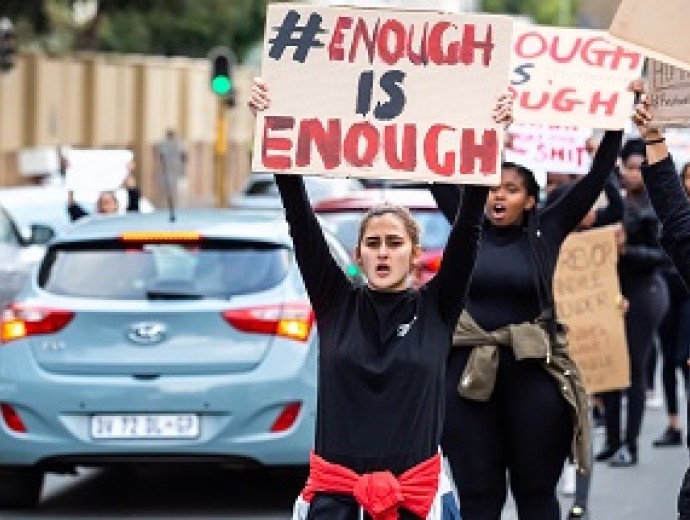