South Africans often think in simplistic historical narratives. For example, the historical role of Black Consciousness (or BC) is primarily seen in its renewed challenge to the apartheid state in inspiring the Soweto Uprising of 16 June 1976. A fuller appreciation of its history and impact transcends this narrower focus.

The craft of historians has been summed up in the so-called five Cs of historical thinking: context, complexity, contingency, causality and change over time. Historians apply these principles to study the past as accurately as possible. This is also known as the principle of historicism.

Using these principles I have studied South African civil society in the late 1960s and 1970s. While this time was seen as a lull in the opposition to apartheid, closer examination emphasises the importance of ideas, debates and movements in the period.

Firstly, Black Consciousness emerged together with a growing global Christian challenge to apartheid. The World Council of Churches set an early benchmark at the Cottesloe Consultation (7-14 December 1960) in response to the Sharpeville Massacre of 21 March 1960. At the Consultation the South African churches, including Afrikaans churches, effectively rejected apartheid.

“all racial groups who permanently inhabit our country … have an equal right to make their contribution towards the enrichment of the life of their country”.

The World Council of Churches became even further radicalised. By 1970 it authorised the first of a series of financial grants to the banned African National Congress and other liberation movements. The influence of this Christian challenge to apartheid would be felt in many ways, not least in their financial support.

Secondly, my book helps to place Black Consciousness in the wave of protests that spread throughout the world in 1968. The sit-in by white students that took place at the University of Cape Town is normally given pride of place. But the protest by black students at the University of Fort Hare in 1968 led to a wider mobilisation across South African universities.

During their sit-in Fort Hare students sang the anthems “Nkosi Sikelel’ iAfrika” and “We Shall Overcome”. Their choice showed how their desire for national liberation and the influence of the Global Sixties merged. I also show how the radicals within the mainly white National Union of South African Students (Nusas) were quick to recognise the legitimacy of the challenge of Black Consciousness and pushed for a change in Nusas accordingly.

Thirdly, I locate Black Consciousness in the rebirth of the labour movement. The South African Students’ Organisation had their headquarters in Durban in the early 1970s. This placed Black Consciousness activists in close proximity to people like the philosopher Richard Turner at the University of Natal and his circle of New Left activists.

My book points to the limits of the binary that Biko and Turner have often been cast in.

I argue for their common understanding of economic exploitation as the basis of apartheid. They agreed on the need for drastic structural change to address South African society’s social ills but they disagreed on how to achieve this. Pointing to Biko’s thinking on the economic rationale of apartheid unsettles the pigeonhole that he is often placed in as a theoretician of race.

Fourthly, my book acknowledges the tension between Black Consciousness and feminism. I show how female activists within the Black Consciousness Movement appropriated the liberation that their male comrades laid claim to. They also distanced themselves from the white feminist movement.

Naudé’s contacts with Biko and the Black Consciousness activists in 1971, together with the conclusions they drew from the Study Project on Christianity in Apartheid Society (Sprocas), helped change the orientation of the organisation. The first sign of this change was when the second stage of Sprocas, began funding the Black Community Programmes, an independent, black-run community development organisation.

It also established a White Consciousness Programme that acknowledged and tried to address the problem of white racism in white society. These were organisational expressions of the success of the arguments of Black consciousness.

It is vital to study the past as “an inventory of alternatives” as the British historian, John Tosh, has encouraged. Although the optimism of the post-apartheid rainbow nation has long since evaporated, South Africa has important and often forgotten histories that must be recovered. The frustrations that are manipulated by populists in the country, and across the world, need to be channelled correctly. South Africans need to remember the organisational and ideological efforts of their country’s noblest daughters and sons and strive to follow in their footsteps.

Ian Macqueen is a Lecturer in the Department of Historical and Heritage Studies at the Faculty of Humanities, University of Pretoria.

This article first appeared in The Conversation on 18 October 2019. 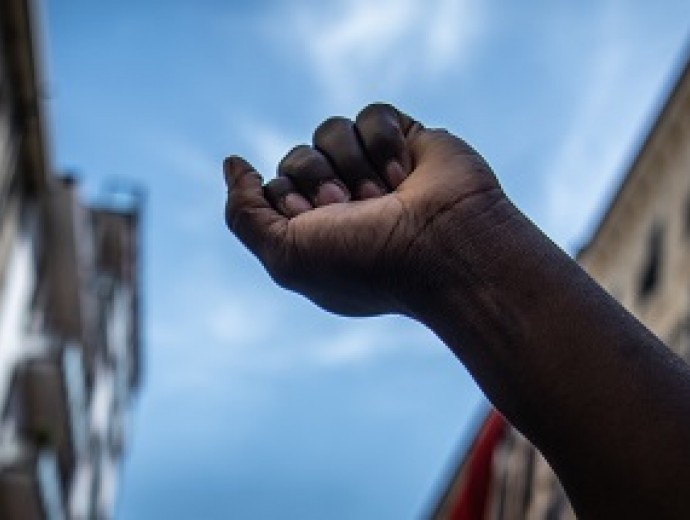