COMMENT: African countries need to up their game to embed constitutional democracy

This gap isn’t surprising because most early constitutions were imposed by departing colonial powers. They were perceived as alien by ordinary citizens as well as new leaders, who had little knowledge or experience of constitutional governance.

But has the new generation of ‘made-in-Africa’ constitutions changed the state of constitutional literacy on the continent?

A simple assumption was made when the post-1990 made-in-Africa constitutions were adopted. It was that, for the first time, the participatory constitution making processes would provide an opportunity to canvass the views of ordinary citizens and lead to an awareness of the significance and impact of the documents on their daily lives.

This assumption was flawed.

The best example appears in Ghana’s 1992 constitution. And South Africa has belatedly set about finding ways to educate people about the country’s constitution.

Democracy and constitutionalism face huge problems in Africa today. This means that there’s a need for a better and popular understanding of these documents. This includes their purposes, values and potential. The idea, simply, is to arm citizens with the knowledge they need to make provisions real in their lives.

A serious and effective programme of constitutional literacy requires careful planning and the commitment of significant resources. So far not many African governments have committed themselves in this way.

Building a citizen-based participatory constitutional democracy that emanates from the popular will of the people is not a one-off event. In addition, knowledge and awareness of the content and workings of a constitution don’t automatically follow from its adoption and implementation. Nor is such knowledge automatically acquired simply by going through the ordinary general education system. It must be taught effectively.

Given this, the adoption and implementation of constitutional literacy programmes is needed to fix the wobbly foundations on which African constitutional democracies are currently built.

It should start with establishing an appropriate legal framework that makes constitutional literacy mandatory. Such as the one in the Ghanaian constitution.

With that in place, the right to constitutional literacy must then be considered a fundamental human right in itself. This is because it is linked to the realisation of other human rights and benefits conferred by the constitution. Unless citizens know the constitution and how it affects their lives, the document will be of little value.

Greater understanding of the constitution empowers ordinary citizen. It can also break the barriers of privilege and exclusion, domination and marginalisation.

But it has taken other steps that are useful to note.

The constitution has been translated into each of the country’s 11 official languages. And it’s available in braille. For several years it was also distributed free of charge.

Although important, none of these steps are synonymous with educating citizens about its purport and content.

But in recent years the South African government has taken serious steps to make ordinary South Africans aware of the constitution and what it can do for their lives. The initiatives have involved a number of parties.

For its part, the government, led by the Department of Justice and Constitutional Development, has organised several conferences on constitutional education and awareness.

Finally, universities also run constitutional literacy programmes. An example is the annual South African National Schools Moot Court Competition. Started eight years ago, it is organised by the University of Pretoria’s Faculty of Law. Teams from schools take part in a competition designed to create greater awareness about the constitution and the values it embodies.

There must be constitutional literacy if citizens are going to make informed choices about the people who represent them and act on their behalf, and then to monitor their actions to ensure that they conform with the letter and spirit of the constitution.

Professor Charles Manga Fombad is Professor of Law at UP’s Institute for International and Comparative Law in Africa, Faculty of Law.

This article first appeared on The Conversation 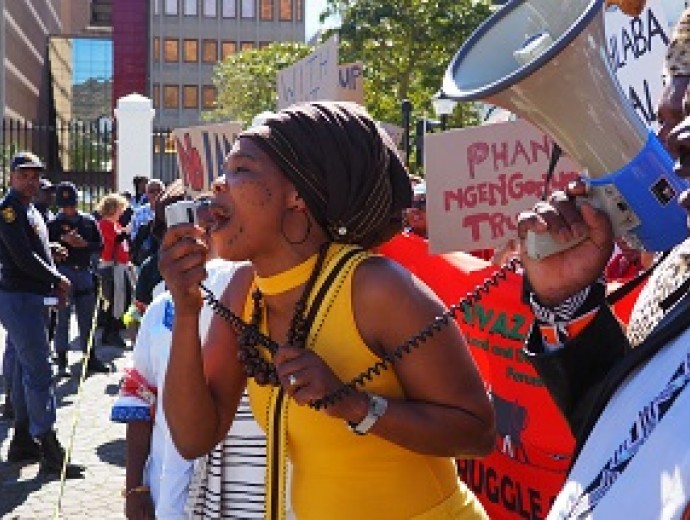