Listen to the voices of women with disabilities

Why, oh why are we so obsessed with squashing human beings into little boxes? A gender box: male or female. A race box: black or white. An income box: rich or poor. An age box: young or old. An appearance box: ugly or pretty. An ability box: “normal” or disabled. We seem to have an endless supply of these boxes… boxes that reduce humans to dichotomous categories. Either the one or the other. Voiding us of the one characteristic shared by all humanity:  uniqueness.

August was Woman’s Month – an important initiative: but does it celebrate women in the fullest sense? Why are the voices of women with disability still silent in August? Perhaps it is because their voices “belong” in November when we celebrate disability month? This confusion demonstrates the complexities of trying to reduce human beings to single entities. Which box do you think is the “right” one – the woman box or the disability box?

South African women with disability are often isolated as they belong to a group with multiple minority status factors, such as gender bias, poverty and disability stigmatisation. Today, in the third decade of democracy, violence against women, and especially the level of violence, is of grave concern. Considering that women with disability face an even higher risk for being the victim of violence and abuse, this triggers alarm bells. International studies have estimated that more than 70% of women with different disabilities have been violently assaulted at some point in their lives. The nature of abuse against women with disability also differs from abuse perpetrated against women without disability. The violence tends to be more severe and of longer duration. It is seldom a once-off event. Typically, the perpetrators are not strangers – they are known and trusted people in the victim’s life. All of these factors increase the impact of the trauma.

Within the sphere of disability, women with little or no speech, in other words those who cannot rely on spoken language to make their wants and needs known, are particularly vulnerable. They are voiceless and invisible in society. They are in the “other box”. A box that we do not think about. A box that we do not care about. Perpetrators see women with communication disabilities as defenceless, unable to call for help and incapable of fighting back. Their communication disability also makes it extremely difficult to tell about their victimisation, and if they do tell, they are less likely to be believed. There is also the perception that they are unable to testify in court and hence police often do not even attempt to take their statements. Perpetrators recognise and capitalise on this vulnerability and have little or no fear for the consequences of their acts. After all, a silent victim is the perfect victim.

Women with disability on the other hand, fear backlash from the perpetrator, particularly when the perpetrator also fulfils the role of provider. Women with disability who depend on others to assist them with dressing and going to the toilet due to the extent of their disability face an increased risk of abuse due to the intimate nature of these activities. From infancy, these women are taught to comply with adult instructions, not to put up a fuss, and to let strangers look at their naked bodies. In the long term, this strips their assertiveness and limits their ability to say no. Their inability to protect themselves, might also be, strangely enough, the direct result of societies’ traditional approaches to “protecting” them, by isolating them from society and placing them in special schools or institutions. In doing so, we have kept these women from accessing the tools and resources they need for protecting themselves.

The United Nation’s Convention on the Rights of Persons with Disabilities (CRPD) recognises the importance of communication as a basic human right. Not only is communication a human right, it is also an essential human need through which opinions, thoughts, emotions and ideas are shared. Communication is essential to ensure one’s protection and one’s participation in all circles of life. One of the contributing factors to the devastating loss of lives in the Life Esidimeni tragedy was the fact that the majority of the 143 persons who died had significant communication disabilities.

Augmentative and alternative communication (AAC) can address this basic human right of individuals who need extensive communication support to function in society. AAC strategies include, amongst others, the use of pictures and graphic symbols displayed on communication boards or in books, manual signs (like the ones used in sign language), tablets and computers with AAC software as well as electronic devices with speech output, similar to the device that Stephen Hawking used. The emphasis should therefore not be placed on how these individuals communicate but rather on the fact that they are available to express themselves.

Reporting violence and abuse begins at the local police station. Accurate statements are critical to allow an optimal investigation that can lead to further prosecution and ultimately to a conviction. The Centre for Augmentative and Alternative Communication at the University of Pretoria thus embarked on projects to assist police officers in taking statements from women with severe communication disabilities. Similarly, magistrates and prosecutors were also trained regarding AAC strategies to allow women with communication disabilities to participate in the legal process.

Martin Luther King said that the ultimate tragedy is not the oppression and cruelty by the bad people but the silence over that by the good people.  Let us not be complicit in placing women with disability in their own little boxes. Let us not be silent. Let us celebrate and empower women – all women. Remember, just because she cannot speak – it does not mean that she has nothing to say.

Professor Juan Bornman is an associate professor at UP’s Centre for Augmentative and Alternative Communication.

This article first appeared in the Mail & Guardian on 25 August 2019.­ 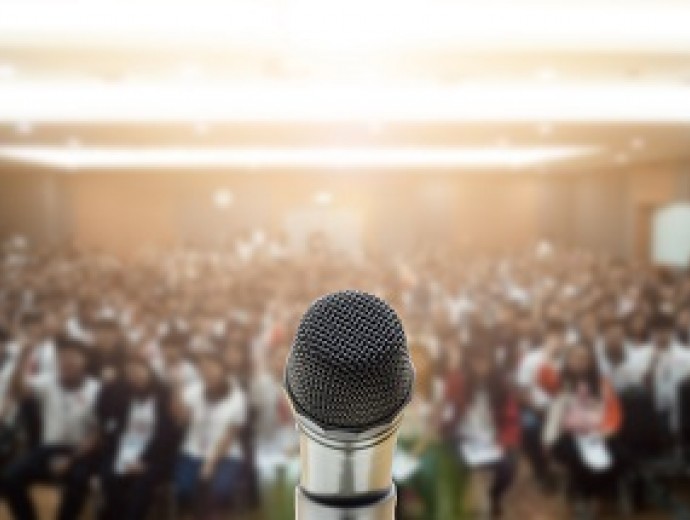