SpeakOutUP and HearMeToo – 16 Days of Activism campaign gets under way

The 16 Days of Activism campaign to oppose violence against women and children was officially launched this past Sunday, 25 November. One in three women worldwide experiences gender-based violence, according to the United Nations. Closer to home, SAPS and Statistics South Africa estimate that 138 in 100 000 women are raped in this country – this figure is among the highest in the world.

The theme this year is #HearMeToo, and aligns neatly with the University of Pretoria’s #SpeakOutUP campaign, which encourages victims and survivors of gender-based violence to speak out for society to hear their voices.

What is gender-based violence?

Gender-based violence (GBV) often occurs within relationships, and involves acts of aggression committed against women, men, boys or girls as a result of social norms that dictate the roles and behaviour ‘expected’ of each gender. Although men and boys are also subjected to abuse and violence, women and girls are more often affected due to power imbalances and the low social status often accorded to them. These factors often result in discrimination and being denied opportunities in various spheres.

What forms does gender-based violence take?

Sexual violence is broadly defined as any sexual act (or attempt to obtain a sexual act or other act directed against a person’s sexuality) using force by any person regardless of their relationship to the victim in any setting. It includes intimate-partner violence, sexual assault, forced prostitution, exploitation, human trafficking, sexual exploitation, infanticide and neglect.

Coercion is a central element of sexual violence and may involve varying degrees of force. Apart from physical force, it may include psychological intimidation, blackmail or other threats – for instance, the threat of physical harm, of being dismissed from a job or being failed in a class.

Sexual abuse is defined as “any conduct that abuses, humiliates, degrades or otherwise violates the sexual integrity of the complainant”. The term also covers any sexually stimulating behaviour by an adult towards a child victim who is younger than the age of consent, which can be more specifically defined as statutory rape or child sexual abuse.

Physical abuse is defined as any act or threatening act intended to cause feelings of physical pain, injury or other physical suffering or bodily harm towards another person. Children and women are most affected by this kind of violence.

Emotional, verbal and psychological abuse are any patterns of degrading or humiliating conduct towards another, including repeated insults, ridicule or name-calling; repeated threats to cause emotional pain; or the repeated exhibition of obsessive possessiveness or jealousy, such that it constitutes a serious invasion of privacy, liberty, integrity or security.

Economic abuse is the unreasonable deprivation of economic or financial resources to which a person is entitled under law, or which the complainant is required to pay for basic household necessities, bond repayments or payment of rent in respect of a shared residence. It also covers the unreasonable disposal of household effects or other property.

What impact can these forms of violence have?

The harmful consequences could include:

What is the difference between gender-based violence and violence against women?

Essentially, VAW is a subcategory of GBV – men and boys could also be victims of GBV, though women and girls are the main victims.

The UN Declaration on the Elimination of Violence against Women (1993) defines VAW as: ‘Any act of gender-based violence that results in, or is likely to result in, physical, sexual or psychological harm or suffering to women and girls, including threats of such acts, coercion or arbitrary deprivation of liberty, whether occurring in public or in private life.’

Where can staff and students go for help?

Counsellors are available to support and advise with issues of trauma, sexual abuse and violence, and psychological issues.

The Careline is run in collaboration with the South African Depression and Anxiety Group (SADAG). Go to www.sadag.org for more information. 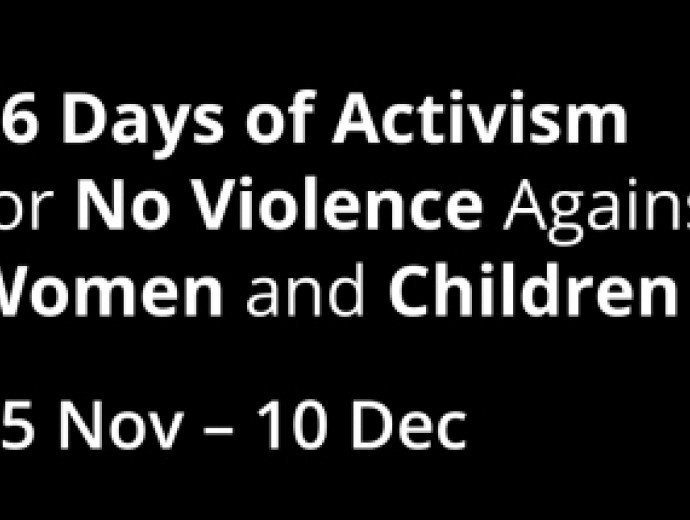