Heritage: Finding your way back home after being ‘uitgesmyt’

Uitgesmyt – ‘cast out’ – is a documentary by Dr Siona O’Connell which tells the story of the first land restitution case in South Africa.

The story centres on the coloured community in Elandskloof, in the picturesque Cederberg region of the Western Cape. The community was forcibly and violently removed from this area in 1962 when, as a result of the Group Areas Act of 1950, the land was sold by the Nederduitse Gereformeerder Kerk (NGK) or Dutch Reformed Church, and their homes and belongings burned and bulldozed.

This close-knit community had its roots in the Slave Church and farmed buchu (a leaf used to make medicine) and the herbal tea colloquially called rooibos (red bush). The community paid tithes to the mother church, the NGK. In 1996, this community was the first to have their land returned to them by the post-apartheid South African government. However, returning to their land was not the end of their struggle. Elandskloof was home to a community of farmers whose initial dispossession created an economic and social vacuum that has entrenched a repeating cycle of poverty and attendant ills. The newly returned community members could not go back to farming their traditional crops due to legislation, failed interventions and access to water and pathways being curtailed. According to Dr O’Connell, Uitgesmyt tells the story of the challenges, failures and opportunities of the land restitution programme, as well as one of restorative justice in the post-apartheid country. She says, “Elandskloof is an important lesson about the cycles of violence enacted by centuries of racial oppression, and a call to freedom to which South Africans should respond.” 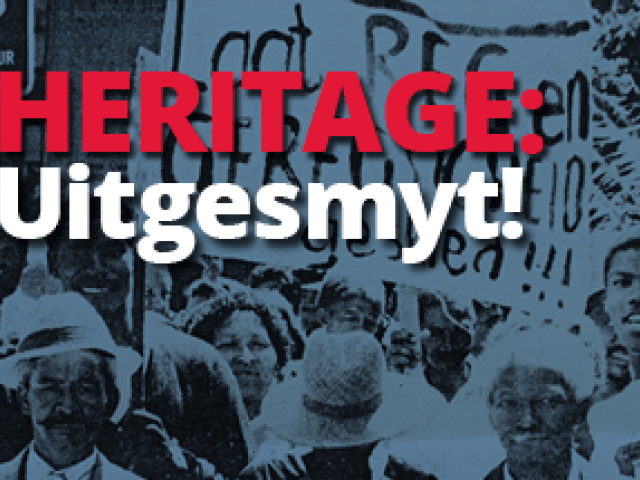