As much as one third of children born in South Africa are born to HIV positive women, but thanks to South Africa’s successful anti-retroviral (ARV) treatment programme, very few of these infants are born infected with HIV. Two UP researchers are looking into the progress of children born to these mothers to see if there are any adverse effects of this life-saving treatment on their early development.

Having run the HIV clinic at Kalafong Hospital since 2005, Professor Theresa Rossouw was troubled by the lack of understanding of what exactly was happening with HIV patients who were not responding well to treatment. So, she joined UP’s Department of Immunology in 2008 to study ‘immune activation’, which occurs when  HIV disrupts the functioning of the immune system. “In those years we had no access to drug resistance testing,” she says. “I had to blindly manage patients whose condition was failing, and I didn't know if it was the right thing to change their treatment or not. We just had to follow protocol, and that was very frustrating.”

Today, she focuses on understanding immune pathology so that the HIV clinic at Kalafong Hospital can treat patients better.

Prof Rossouw’s colleague, Professor Ute Feucht, is the district paediatrician for Tshwane, where she works to improve the care that children receive.

Soon after she had graduated as a paediatrician she established the HIV clinic for children at Kalafong Hospital in 2004, and it became one of a handful of hospitals in Gauteng that provided ARV treatment at the time.

“Before that, we had large numbers of children who died in our paediatric wards from HIV,” Prof Feucht recalls. “We also had lots of children who were orphaned because their parents died from HIV.”

She worked hard to make sure that HIV positive mothers were treated during pregnancy to reduce the chances of HIV being transmitted to their unborn children. “HIV prevention for children and HIV treatment for children have always gone hand-in-hand; although we can treat children now who are HIV infected, it's so much better to prevent them from actually getting HIV,” she says.

Today, she has expanded her horizons with her involvement in the Research Centre for Maternal, Fetal, Newborn and Child Health Care Strategies at Kalafong Hospital.

Together, these women are leading the Siyakhula project to understand how treatment for HIV in pregnant women affects uninfected infants born to HIV positive mothers.

“In the past we used to think those babies are fine, we sent them home,” says Prof Rossouw. “But through Prof Feucht's research, we started realising that these children were not growing normally: their growth was stunted and often their neurodevelopment was not normal.”

Prof Feucht and Prof Rossouw came together to understand what was causing this poor development, from both a clinical and immunological point of view. “This is a really important topic for us as a country,” says Prof Feucht. “About a third of the women who are coming to our antenatal clinic are HIV infected.” Both researchers believe that ARV treatment may have adverse impacts on the unborn child, and that the mother's HIV infection itself impacts on the child's development in utero and after birth.

“The study is to understand this much better, so that we can mitigate any negative effects of maternal HIV infection, and the treatment that the mother is receiving,” says Prof Feucht.

The study began in 2018 and has followed 300 pregnant women, half of them HIV positive.

“We do all kinds of tests in the lab to look at the immune system of the mom, and also of the baby once they are born,” says Prof Rossouw. “Clinically, these children are followed for two years, and we monitor their growth and their neurological development.”

Once the three-year study is completed, the researchers will have a better understanding of what the problem is, which would make it possible to find a solution. This might include putting policies and public health systems in place to help these children grow and develop, and thrive in later life. 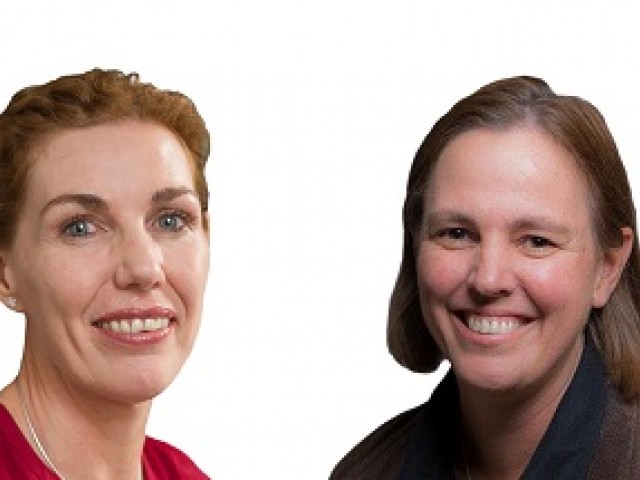