UP researchers call for women to lead socio-economic transformation

South Africa faces many social and economic problems including poverty and inequality, but researchers working to solve these issues say it is important to focus on women in order to fix them.

Two UP researchers, Professor Margaret Chitiga-Mabugu and Professor Jenny Hoobler, themselves at the forefront of poverty and inequality relief research in South Africa, say women have an important role to play in solving socio-economic challenges.

“I think what's sad is that a lot of organisations have ‘gender fatigue’,” says Hoobler, Professor of Human Resource Management in the Faculty of Economic and Management Sciences. She says some may feel that gender equality has become an “old issue” that they are tired of talking about, or that it has already been fixed. “They don't actually know the numbers,” says Hoobler.

She wants to change this mindset through her work in gender and diversity in organisations.

At the same time, policies that grow the economy seldom look at the impacts they might have on women, says Chitiga-Mabugu,  the Director of the School of Public Management and Administration at UP.

Policies that affect the economy in positive ways can affect women and other vulnerable groups in unintended, negative ways, and Chitiga-Mabugu’s research addresses that gap. “Women's work might improve in the sense that they are more involved in the formal sector, but women still have many responsibilities in the home, so they sleep less, and work more,” she says. Both researchers propose that putting issues that face women at the forefront means that organisations and society can improve in ways that benefit everyone. Hoobler says that in organisations that make themselves more family-friendly to attract women, both men and women benefit, whether or not they have children.

Hoobler suggests that organisations need to do better to attract women applicants. “They can't just rely on applicants to come to them, they have to do a better job in their recruitment process,” she says.

“If the applicant pool isn't diverse, they need to push it back to the human resources department to say they need to dig deeper, to go out to universities, hire headhunters and do whatever they can to make sure they have a rich applicant pool.” Chitiga-Mabugu says a lot of attention is given to issues such as climate change and its effects on agricultural productivity, but its impact on women, specifically, is neglected.

She suggests that academics who have the data and policymakers who have the power to effect change need to communicate better. “The government needs to be aware of who is doing what kind of research work and where, and academics have a duty to speak to public servants about their work.”

She also says that policies need to be tested before they are enacted. “You can know the possible impacts of a policy way in advance of it being passed. And government can start to put in place measures that protect women and other vulnerable groups,” she says. “We don't see enough of that in South Africa.”

The advice, experience and daily work of these two leaders, who happen to be women, are already helping to make strides toward a more equal and equitable society. 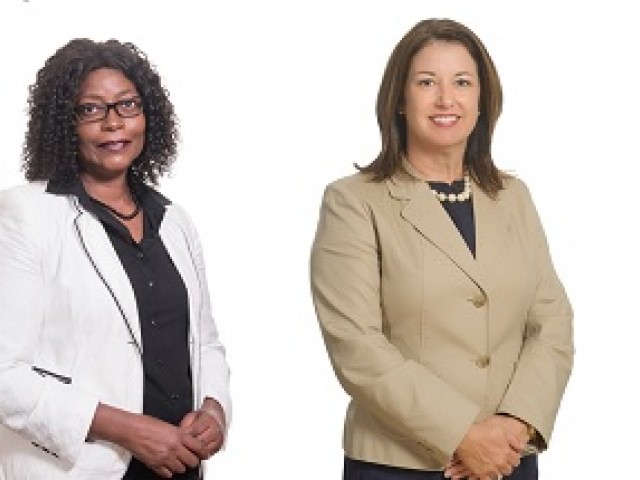