University of Pretoria (UP) Professor Adrian Tordiffe, an associate professor in veterinary pharmacology at the Faculty of Veterinary Science, was recently honoured with the South African Veterinary Association’s Research Award for his in-depth work on the health and metabolism of cheetahs.

This award is given to any veterinarian or group of veterinarians for the best scientific article or series of articles recently published in any scientific journal. Prof Tordiffe received the award for a series of nine articles on the health and metabolism of cheetahs that were published between 2015 and 2017.

“The award means a great deal to me,” he said, “but it does sometimes feel a bit strange being rewarded for something you really love doing.”

A researcher of note, Prof Tordiffe is no stranger to being in the limelight, either on his own or as part of interesting projects with other colleagues at the Faculty such as the intricate dental surgery he and Professor Gerhard Steenkamp performed on an elephant in Georgia in 2018 to remove its infected tusk. Prof Tordiffe received the award for a series of nine articles on the health and metabolism of cheetahs.

Speaking about his recent award, Prof Tordiffe said he was in awe of the collective work that had gone into the research that had resulted in his win.

“For the first time I actually stood back and thought about all the work that my colleagues, students and I have done so far. I am really proud of everyone who has been involved, and that includes my family,” he said.

But there is still more work to be done.

“We still have a long way to go before we fully understand these amazing animals and that is really exciting,” he said.

Prof Tordiffe said he would continue to build on his research.

“The work sets the stage for my current research, which I expect will lead to improvements in the nutrition and veterinary management of cheetahs in captivity around the world,” he said.

Based in the Department of Paraclinical Sciences, Prof Tordiffe qualified as a veterinarian at the Veterinary Faculty in 1997 and initially spent eight years in various small animal practices in the United Kingdom. In 2005 he returned to South Africa to complete an MSc degree in African Mammalogy while working part-time at the outpatient clinic at the Onderstepoort Veterinary Academic Hospital.

Judging from his list of publications, the current highly productive part of Prof Tordiffe’s impressive contribution to veterinary research started in 2012. Since that date he has been senior (four) or co-author of 23 refereed publications, thus producing an average of over three scientific articles per year.

The citation for Prof Tordiffe’s award provides the best perspective on his achievements: “This is a very impressive figure by any standards, especially if one also considers the fact that in his positions at the Faculty (from 2005 – 2012), at the Zoo (from 2008 – 2015) and full-time at the Faculty (from 2015), he had both clinical and teaching obligations and could not devote himself entirely to conducting research, either personally or by his postgraduate students. The senior authors of several of the 19 publications referred to above were postgraduate students for whom he served as supervisor or co-supervisor. Judging from subject matter of the other publications, of which he is not listed as senior author, his contributions to the research recorded in these articles must have been significant and therefore thoroughly earned." 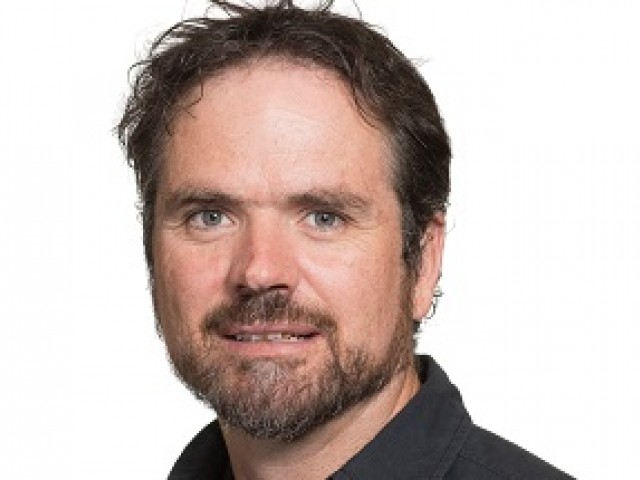