According to the report, 10.93% of published research papers produced by South African public higher education institutions in 2017 originated from UP. The total number of UP publication units was 2 062. The national grand total across all sectors, which includes peer-reviewed papers, scholarly books and published conference proceedings, was 18 872 units

The findings are contained in the DHET’s Report on the Evaluation of the 2017 Universities’ Research Output (published March 2019), which provides an analysis of the research performance of South African public higher education institutions. It evaluates and focuses on research findings published in accredited journals, books and approved published conference proceedings.

UP published 237 book units, 111 conference proceedings units and 1 713 peer-reviewed published units in 2017, which placed it in the top spot. A total of 1 465 UP research units were published in internationally accredited journals in 2017, constituting 85.5% of UP’s total research output of 1 713 units. The university’s scholarly book publications increased by 21.1%, from 196 to 237 units.

UP Vice-Chancellor and Principal Professor Tawana Kupe said, “I must applaud my colleagues, our outstanding UP academics, for their high research output productivity. Excellence in research is a foundation of the University of Pretoria. It is part of our vision to be a leading research‐intensive university in Africa, recognised internationally for its quality, relevance and impact, and also for developing people, creating knowledge and making a difference locally and globally.”

Prof Kupe also thanked the government for its research funding support, and thanked industries and other partners that support UP research.

Universities are required to submit their research outputs annually to the DHET. The subsidisation of quality research outputs produced by universities forms a basis for sustaining research and promoting increased research productivity and other forms of knowledge generation required to meet national development needs. According to the report the allocation of subsidies does not distinguish between articles published in locally or internationally listed journals. “However, global exposure of knowledge production by South African researchers is indeed very encouraging and enhances the quality of our system.”

UP’s Vice-Principal for Research and Postgraduate Education, Professor Stephanie Burton, said, “It is important for the public to recognise that when research is done it has to be published in academic journals, and reviewed by peers, in order to be recognised and to have impact and relevance. UP is proud to be producing ground-breaking research in and from South Africa, in pursuit of our quest to remain at the forefront of academic excellence.”

The publications are analysed by subject matter, and UP made a significant contribution to publications in the following sectors: Agriculture (334); philosophy, religion and theology (304); engineering (279); health (250); and social science (142); business and economics (115); law (110); computer and information science (82); physical sciences (96); education (66) mathematics and statistics (65); life sciences (60) and language, linguistics and literature (44).

Prof Kupe added: “The development of young talent, and the mentorship of the researchers and academics of the future, is a priority at UP. We know that to transform the lives of people in South Africa and across the continent, a society committed to research, science and technology is needed to address socio-economic challenges.”

According to the report: “It is an established fact that institutions with relatively higher proportions of academics with a doctorate degree, as the highest qualification, compared to institutions with a higher proportion of academics with a master’s as the highest qualification, have relatively higher research output. This observation is the basis for development funding from the Department, especially with respect to the University Capacity Development Programme.”

Prof Kupe said UP aims to sustain and take to the next level the productivity and the quality of its research “by improving enabling environments, supporting early career and emerging researchers, doubling the number of post-doctoral fellows, and forging strategic research partnerships on our continent and globally.” He added that the recent launch of UP’s Future Africa institute is a platform or space for conducting transdisciplinary research “which solves complex 21st-century African challenges, thereby deepening our research-intensive character”. 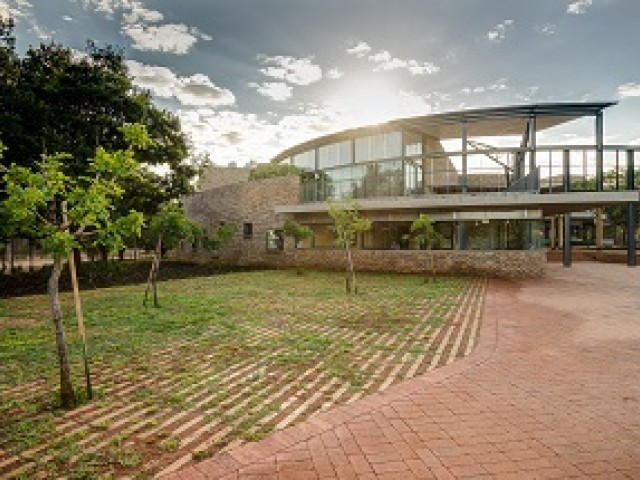