Research provides new perspectives on Christianity in Africa and Asia

A research project on indigenous Christian elites in Asia and Africa is in the spotlight with a lecture series on the topic presented by Prof Koschorke, an eminent historian of world Christianity from LM University Munich and author of numerous scholarly publications. This project is of direct relevance to the research activities of UP staff members Prof Lize Kriel of the Division for Visual Culture Studies and Prof Jerry Pillay of the Department of Church History and Polity.

Prof Pillay is a Church historian currently establishing a research initiative at UP focusing on African Christianity, while Prof Kriel is a cultural historian specialising in book history, specifically text production in Christian missionary networks. Prof Koschorke’s current research project complements these UP researchers’ latest ventures perfectly, resulting in his visit to the University.

The main aim of Koschorke’s project is to combine rigorous historical enquiry with a trans-disciplinary approach to study early south-south links and transregional and transcontinental networks of communication. These networks enabled the circulation of news and ideas and led to direct contacts and exchange between indigenous Christian elites from different religions, independently of missionary communication structures.

Koschorke summarises: “In 1900, approximately 82% of the Christian world population still lived in the northern hemisphere; since the 1980s, the growing majority is located in the so-called ‘Global South,’ in Asia, Africa, and Latin America. In 2010, the figure was about 65%, and it is growing.”

Yet, current curricula in church history and world history tend to remain stuck in explanatory paradigms like a metropolitan view, limiting the spread of Christianity along colonial ‘supply routes’, and juxtaposing various regional or local histories without tracing connectivity. It also over-emphasises on the role of European missionary societies and is confined to silo-structured knowledge production in separate academic disciplines.

Working towards an integrated history of world Christianity

In a recent article in Theology Today, the journal of the Princeton Theological Seminary, Prof Koschorke addresses the current need for a new historiography towards an integrated history of world Christianity. He convincingly illustrates that comparative studies among different regions of the Christian world and the search for early instances of transcontinental links in the ‘Global South’ are critical to such a new historiography – hence his current project. By inviting Prof Koschorke to share the results of the research conducted thus far, Prof Pillay aligns Church historical research at the University of Pretoria with this process.

“Prof Koschorke’s contribution to de-centring Europe in global church historiography, is aligned to my work: rather than taking the sources affirming the prominence of Western institutions in the making of African Christianity at face value – which had been the case until well into the twentieth century – I illustrate how and why the dynamic had been visualised as such, and traces what had been rendered invisible in the process,” says Prof Kriel.

By giving Prof Koschorke an opportunity to present his project in South Africa, Proff Kriel and Pillay aim to facilitate a conversation between colleagues from UP and neighbouring universities interested in the transfer of knowledge via religious communication networks. Prof Koschorke will also assist currently enrolled postgraduate students to enhance the contextualisation of their studies and encourage prospective postgraduate students to pursue research topics in the politics of image and text production, the making of African Christianities and the cognitive interaction and trans-regional networking of Christian communities.

While at present the experience of the research team is limited to the study of Christian networks, they do not exclude the possibility that in future they may also interest scholars specialising in the study of other faith communities as well. 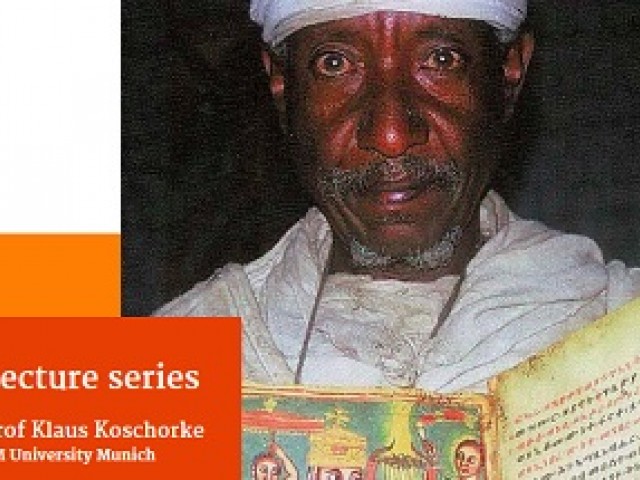