Learning from the intelligence and emotion of elephants

Dr Yolanda Pretorius of the Centre for Wildlife Management at the University of Pretoria (UP) has studied elephants for many years. She is an elephant specialist and the ideal person to consult with regard to elephant management. ‘I think what attracts me most to elephants is their ability to display exactly what they feel. Unless they have spent too much time with humans, they seldom lie. Elephants always tell you how they feel and there are many signs you can look out for,’ she said.

Earlier this year, two bull elephants from Botswana crossed the Limpopo border into South Africa and trekked for four days, moving south to the Mokolo Dam at Lephalale before turning around and following exactly the same route back into Botswana. This was a particularly rare event – the last time something like this had happened was more than 70 years ago! While many farmers tend to resort to drastic measures to rid their land of roaming animals, particularly ones as large as these two, Pretorius managed to convince those involved that this was not only an exceptional occurrence, but also an important opportunity to learn more about the environment as elephants are undoubtedly highly intelligent and can convey vital information.

Pretorius is a co-founder of the Elephant Specialist Advisory Group (ESAG), which offers guidance on how to deal with varying issues relating to elephants. After a farmer had contacted her about the sighting of these elephant bulls on her farm, Pretorius reported that it had been most uplifting to see how the community responded to this incident, with farmers cooperating with nature conservation officers to make sure that the animals did not land in trouble by entering a village or maize field. According to her, ‘the nicest thing about this whole experience was that, despite the fact that you so often hear about farmers just wanting to shoot an elephant because it would be a big notch on their list of hunting achievements, we managed to convince everyone involved that this was a rare and very special event’.

While further investigation is underway to understand why these bulls wandered away from their natural environment, Pretorius suspects that their purpose had been to find better forage after the dry season in Botswana. She also believes that the fact that Botswana recently banned all forms of hunting within its borders may result in an increase in animal movement in the future as the removal of the virtual borders determined by hunting concessions could cause animals to feel safer when exploring larger territories. This expectation of increased movement has led Pretorius to start setting up a protocol to guide farmers so as to ensure that elephants are not harmed unnecessarily when they do cross borders. She is also writing an article on suitable habitats for elephants in South Africa.

The incident involving these two elephant bulls is a stark reminder of the difference between South Africa and Botswana. South Africa promotes the ownership of game, which warrants the erection of fences. While this may have some advantages, the fact remains that animals are kept in unnatural conditions. Nature’s intention was never to keep animals confined, especially not large ones like elephants. Because of the financial benefits of keeping special game, such as the golden wildebeest and black impala, a game farm is often viewed as a business opportunity rather than as an opportunity to practise conservation. With an estimated 9 000 game farms in the country, so much attention is given to special game that all other animal life often takes a secondary position.

A further problem is that many of these farms do not have perennial rivers, which makes the availability of water an issue. The fact that animals cannot migrate puts pressure on the vegetation, resulting in the degradation of habitat. Wildlife and farm management is then forced to find ways to accommodate animals and have to resort to frequent monitoring and food supplementation. In open systems, such as that in Botswana, interference becomes unnecessary since nature knows best.

Pretorius will continue studying the mechanisms of animal migration once she has received funding from the National Research Foundation (NRF). Her research will focus on how the erection of fences has disrupted the movement of animals and inhibited their self-facilitating abilities. Factors such as the lack of perennial rivers and the competition for space and food are detrimental to a healthy environment and have a negative impact on the ecosystem as a whole. Through her work Pretorius hopes to highlight the benefits that freer movement can offer not only to wildlife, but also to farmers. 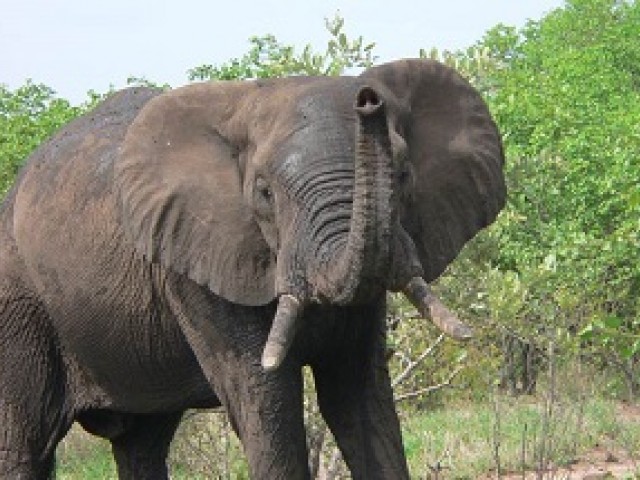