Prof Brenda Wingfield received the Christiaan Hendrik Persoon medal during the awards ceremony at the 49th Biennial Congress of the Southern African Society for Plant Pathology (SASPP) in Bloemfontein on 22 January 2015. This gold medal is the highest award that the SASPP can make to a member. The award honours famous mycologist Christiaan Hendrik Persoon (1761−1836) who was born in the Cape Province of South Africa and sent to Europe at the age of 13 to pursue his education. He was later recognised as one of the ‘fathers’ of mycology. World-renowned epidemiologist and member of the SASPP, Dr JE van der Plank was the first person to be awarded the Persoon medal in 1979. Subsequent recipients include Prof WFO Marasas (1987), Prof MJ Wingfield (1999), Prof PW Crous (2005) and Prof ZA Pretorius (2009). Prof Brenda Wingfield received the award for her outstanding contributions to plant pathology. This is only the sixth time that the award has been made in 53 years and Brenda Wingfield is the first female member of the SASPP to receive this honour.

Having been awarded the Persoon medal, Prof Wingfield, who has been an active member of the SASPP (an affiliate of the International Society for Plant Pathology) for two decades, received recognition as a plant pathologist of substantial international standing. Importantly, as an SASPP member she has made a substantial contribution to plant pathology in South Africa and globally. Perhaps her contribution is manifested most clearly in the successes of the students she has supervised who have become some of South Africa’s most active and most recognised scientists in the field of plant pathogens. Many of them, including a past president of the SASPP, are now working abroad.

Brenda Wingfield is the Acting Dean of the Faculty of Natural and Agricultural Sciences and a professor in the Department of Genetics at the University of Pretoria. Her research over the past 20 years focused on the global movement and evolution of fungal pathogens – particularly those on trees. She was deeply involved in developing tools to study the phylogenetic relationships among tree pathogens. In recent years, she expanded her research focus to study fungi at the population level. In so doing, she developed the molecular tools to make this possible. Her research group is one of the most active internationally and uses DNA-based markers to examine the distribution and population dynamics of tree pathogens. She has supervised and continues to advise a large number of postgraduate students working on plant pathogens and, together with her students, has produced a substantial body of research on plant pathogens in some of the best-known journals on the topic. The impact of the work is evidenced by ISI/Thomson’s listing of 373 of these publications with a Hirsch (H) factor of 45 (an average citation rate of 15,2 per paper). The Google Scholar equivalent is H=45.

Brenda is recognised all over the world for her excellent work in science and for her mentorship of students. She received the important Achiever award for excellence of the University of Pretoria for ten consecutive years. She is one of only a few South African scientists who holds an A rating (the highest) from the National Research Foundation of South Africa and enjoys significant national and international recognition for her work in plant pathology. She has received numerous significant awards for research including the Women in Water, Sanitation and Forestry award in 2007, the South African Department of Science and Technology’s Distinguished Women in Science award in 2008, and the National Science and Technology Forum of South Africa’s award for Mentorship and Human Capacity Development in 2014. As programme leader at the Centre for Tree Health Biotechnology (one of South Africa’s first seven centres of excellence identified by the Department of Science and Technology and the National Research Foundation) during the first five years of its  existence Brenda played a leading role in the centre’s development.

Molecular techniques have become vital tools in fungal taxonomy and phylogeny. Brenda Wingfield’s research group published some of the first DNA phylogenies of fungal tree pathogens in the world. She has had tremendous successes in the development of these molecular techniques for a wide variety of tree pathogens and has gained international recognition for this work. She reviews publications for most of the journals in her field and has been an editor for the journal Mycological Research (now Fungal Biology) for many years. She effectively introduced DNA-based techniques for the study of fungi to the plant pathology community of South Africa, beginning with an SASPP keynote address titled Future Prospects for the Molecular Characterisation of Plant Pathogenic Fungi to promote the topic in 1992. The importance of her pioneering work is well illustrated in scientific literature and in the work of her past students (such as Dr Conrad Schoch, Dr Karin Jacobs and Prof Bernard Slippers).

Brenda exemplifies what  women can achieve in science. Her research programme is recognised internationally and her postgraduate students compete successfully at the global level. Some of them are now leading world scientists. She was a PhD supervisor or co-supervisor for more than ten women, all of whom are now successful scientists in their own right, and many of her current PhD students are women. In addition, she has advised a large number of female master’s students and is part of the mentorship team in numerous MSc student programmes. Clearly, Prof Wingfield is a notable role model in terms of promoting scientific excellence and plant pathology, not only in Africa but also in the rest of the world.

Brenda is one of the founding members of the Forestry and Agricultural Biotechnology Institute (FABI) and has played an active role in building the reputation and global footprint of this institute since its establishment in 1998. The Christiaan Hendrik Persoon medal awarded to Prof Wingfield in recognition of her scientific accomplishments is not only a great personal honour but also an honour for FABI and the University of Pretoria. 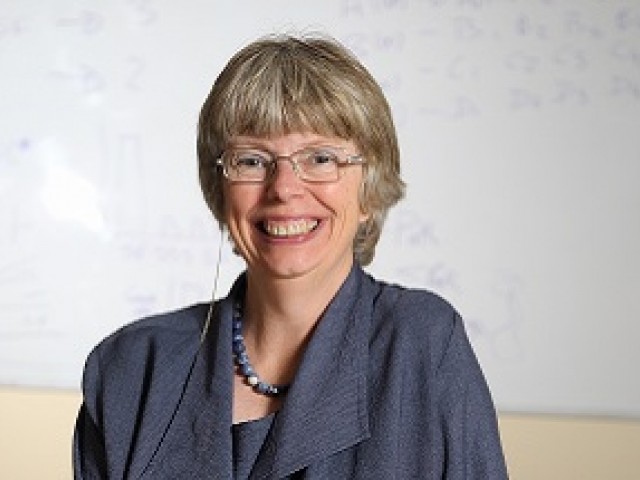