Professor Michael Pepper, Director of the Institute for Cellular and Molecular Medicine (ICMM), and a professor in the Department of Immunology in the Faculty of Health Sciences at the University of Pretoria (UP), recently received word from the Medical Research Council (MRC) that he and his team of researchers at the University have been awarded an MRC Extramural Research Unit for Stem Cell Research and Therapy. The MRC’s Extramural Research Units initiative is part of its strategy to drive impact and innovation in Africa. Several of these units, each comprised of scientists based at South African tertiary institutions, are already in operation throughout the country and the most recent round of awards will add a total of eight new extramural research units as of April 2015. These units will be headed by researchers, each world renowned in their respective research fields, and based at various organisations and universities across South Africa.

The new MRC Extramural Research Unit for Stem Cell Research and Therapy will fall under the umbrella of the ICMM at UP and will be headed by Prof Pepper. The institute endeavours to make a major contribution to the alleviation of the high disease burden in South Africa, and also to add to global efforts to reduce morbidity and mortality and the impact that these have on all facets of our lives. The institute currently comprises 20 research groups spread across seven of the nine faculties at the University. Strong links also exist between groups within the ICMM and national and international partners and collaborators.

In the selection process for MRC Extramural Research Unit status, preference is given to a host institution with a well-qualified and productive research team with access to the necessary infrastructure already in place. The research team should include well-established scientists, early-career scientists and postgraduate students, and the research infrastructure should be adequate.

Prof Pepper and his group have been working on stem cell research and therapy for several years, with a number of MSc, PhD and postdoctoral students contributing to the group’s research output. The group were awarded several prestigious grants in the last year, including the MRC University Flagship Award and two National Research Foundation (NRF) Infrastructure Funding Instruments awards (all to Prof Pepper). The most recent award ‒ that of being selected as an MRC unit ‒ includes funding for five years, which will be renewable twice based on performance. The funding will provide much needed sustainability to this team of productive and highly talented researchers.

According to the MRC, the most important criterion for selection as an MRC Extramural Research Unit is the scientific excellence of the individual applying as the unit director. The unit director, as the principal investigator, is expected to be a scientist of note with an outstanding publication track record. The unit director’s leadership, stature, track record, and peer recognition in the proposed field of study are also taken into account. Prof Pepper certainly complies with all these criteria since  he is a leader in the medical research and biotechnology sectors in South Africa and has worked extensively in the field of clinically oriented molecular cell biology. He has more than 200 medical and scientific publications to his name, has an h-index of 62, and has received numerous awards for his research. He is co-responsible for the Southern African Human Genome Programme – a national programme that aims to put South Africa on par with the rest of the world in terms of genomics – and until recently was a member of the National Advisory Committee on Innovation, which provides advice to the Minister of Science and Technology. In addition to the above, he is also an associate professor in the Department of Genetic Medicine and Development in the Faculty of Medicine at the University of Geneva in Switzerland.

Much has been said and written about stem cells in recent years, and recent breakthroughs in the field offer potential for the treatment of many life-threatening and infectious diseases. Although this field is still in its infancy in South Africa, the research done by Prof Pepper and his team holds great promise to alleviate the burden of disease in our country and the rest of the world. 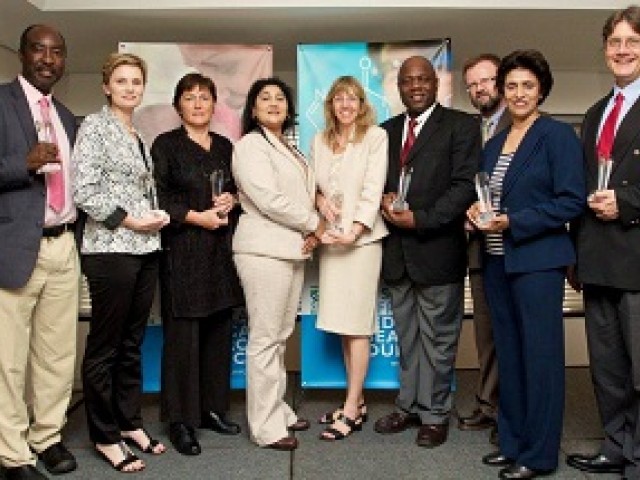