SMART CITIES PART 4: How to make a city street-smart

South Africa and the world will need to go a big step further to create smart cities where cars are safer and traffic congestion becomes a thing of the past: road infrastructure needs to “talk” to the vehicles driving on it, says UP's Professor Schalk Els.

Only in the age of smart cities could we come to know that a bumpy road maketh a rotten tomato. Not quite literally, but high-tech sensors within trucks and on the roads they travel can tell researchers a lot about how road conditions affect the shelf life of cargo like tomatoes.

This is according to Professor Wynand Steyn, Head of the Department of Civil Engineering at the University of Pretoria’s Faculty of Engineering, Built Environment & IT (EBIT).

He specifically studies how roads and vehicles interact, by collecting data from road- and vehicle-based sensors to determine road conditions.

In the case of tomato shelf life, he says, “we’ve manufactured sensors that are placed within the cargo, which track the effects of the road and the vehicle on the cargo during the whole trip”. Steyn and his team then developed a model that relates the shelf life of tomatoes to the condition of the road. Similar models can be used for other agricultural crops. “But knowing the condition of the road does not automatically improve that condition,” he cautions. The data generated by road and vehicle sensors should ultimately be used by bodies like the South African National Roads Agency (SANRAL)  – the governmental body responsible for maintaining national roads in South Africa – as well as provincial roads departments to keep roads in good nick. SANRAL is on board: they co-funded a national road materials reference and training laboratory with the University of Pretoria.

“By doing advanced research on how road materials react to loads and the environment,” says Steyn, “we will be able to support road owners and road agencies in improving models and understanding of roads for smart cities and smart transportation.”

Another major issue for the inhabitants of any modern city is traffic congestion. Many experts, including Professor Schalk Els (Associate Professor at EBIT’s Vehicle Dynamics Group), believe self-driving cars could one day be the answer.

Els is especially looking into smart technologies that assist drivers without obstructing their control.

“Our research is focused mostly on making vehicles safer,” he says. “We look at unexpected road situations, like driving on a wet road when it isn’t raining – for instance, if someone on your route is draining their pool – or when a new pothole appears on your commute to work.”

Although he believes smarter vehicles will improve safety, he says the road to a self-driving future must be paved with better trust in technology, because humans have a natural emotional drive to control their own vehicles. “There is an emotional aspect of trust in these systems. It is something that is ingrained in us, the need for control. It is going to take us some time to adapt to a new way of thinking and a new way of planning.”

Some of the smart technologies on the market already making vehicles safer include adaptive cruise control, automatic emergency braking and blind spot warnings.

But Els believes South Africa and the world will need to go a big step further to create smart cities where cars are safer and traffic congestion becomes a thing of the past: road infrastructure needs to “talk” to the vehicles driving on it.

“A lot can be solved with simple things like synchronising traffic lights, but it can be challenging to implement due to issues such as loadshedding,” he says.

This highlights the idea that no solution to the challenge of modern cities can be researched and implemented in isolation – traffic lights need electricity; electricity requires mineral resources such as coal; coal-burning creates air pollution; and data on air pollution, including vehicle emissions, must be monitored because it affects city dwellers.

Similarly, the materials we use to build roads will affect road quality and longevity, which could ultimately affect the shelf life of food sold in cities – something we know thanks to high-tech data analysis.

The interconnectedness between the challenges of city living is a key reason that EBIT’s smart cities work is done within the faculty’s broader ecosystem of research, including big data, water, energy and the environment, and minerals beneficiation.

For Steyn and Els, smart cities will be realised when road conditions are better monitored and maintained, and when cities are prepared for the interactions between self-driving vehicles and roads. 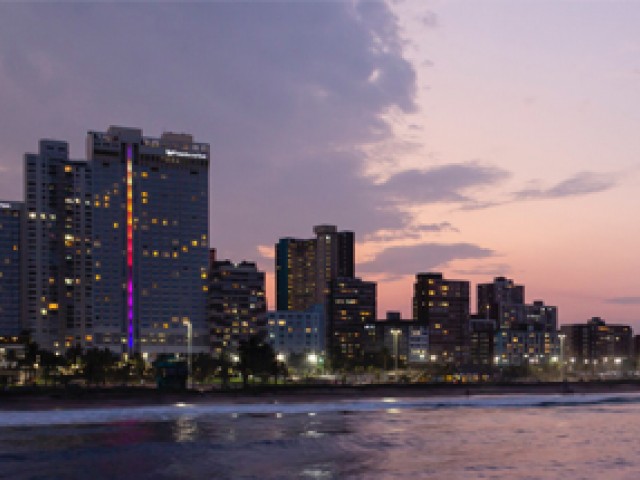