Giving a voice to persons with disabilities

Researchers at the University of Pretoria’s Centre for Augmentative and Alternative Communication (CAAC) are working to stop the abuse of the human rights of persons with disabilities. The researchers want to help victims with Complex Communication Needs

Researchers at the University of Pretoria’s Centre for Augmentative and Alternative Communication (CAAC) are working to stop the abuse of the human rights of persons with disabilities. The researchers want to help victims with Complex Communication Needs (CCN) access justice and give them the ability to communicate through various means.

Researchers at the University of Pretoria’s Centre for Alternative and Augmentative Communication (AAC) have made a concerted effort to put a stop to the abuse of the human rights of persons with disabilities.

In order to do so, their research focussed on several different aspects relating to accessing justice for persons with CCN and how to give these individuals the ability to communicate about victimization through various means. Universal design principles were used to help persons with disabilities in court, the South African Police Service (SAPS) was sensitized and trained on the challenges faced by persons with CCN, and an awareness programme was implemented to prevent abuse amongst children with CCN.

Studies in South Africa confirm the CRPD’s Article 6 which notes that women and girls with disabilities face multiple levels of discrimination. Sometimes, women with disabilities become victims of abuse because they may show inappropriate sexual behaviour in public, or they may be overly friendly with strangers, which can be incorrectly interpreted by strangers, who then take advantage of them. Additionally, perpetrators may incorrectly see them as naive without understanding of their bodies. A South African study found that perpetrators of sexual abuse against women with disabilities stated that the victims should consider their unwanted advances and abuse a “blessing”.

These myths, misconceptions and distorted attitudes about sexuality amongst persons with disabilities was one of the first problems that researchers at AAC, led by Prof Juan Bornman, sought to overcome. “A silent victim is the perfect victim,” says Prof Bornman on the link between criminal abuse and persons with CCN.

To combat this, Prof Bornman and her team embarked on a multi-method study which began by teaching women with intellectual disabilities to develop their understanding around the concepts that determine whether the behaviour they encounter in their lives is appropriate or abuse. Liezel Rathbone (PhD alumna of the Centre for AAC) developed a series of social stories to demystify conventional social behaviour and to modify or decrease inappropriate behaviour on the part of the women. In order to focus this around the problems of sexual abuse and rape, the stories focused on aligning concepts of sexuality, dating, romantic and other relationships, the contexts around different relationships and clarifying behavioural codes within these relationships. Imparting knowledge around the concepts of consent and socially acceptable and appropriate behaviour was a key focus area.

Prof Bornman explains that, “Women with intellectual disabilities were part of the discussion and development of the stories in order to empower women through knowledge. Caregivers were part of the process and assessed the appropriateness of the stories. We found that social stories provided an effective method of transferring knowledge of rights and empowering individuals with intellectual disabilities to successfully understand these concepts. This method empowered women with disabilities to be able to take control and speak out against violence and abuse.

Social stories gave these women an opportunity to learn about socially desirable responses to relationships and situations to minimise their risk of abuse because they could understand the difference between different types of relationships and were equipped with the agency and ability to express that they had been or were being abused”.

The research conducted by the Centre for Alternative and Augmentative Communication is making an impact by finding innovative methods for upholding the rights of persons with disabilities, especially those with CCN. Their solutions ensure that the dignity and rights of persons with disabilities are maintained and promoted within the wider context of human rights education and social justice. 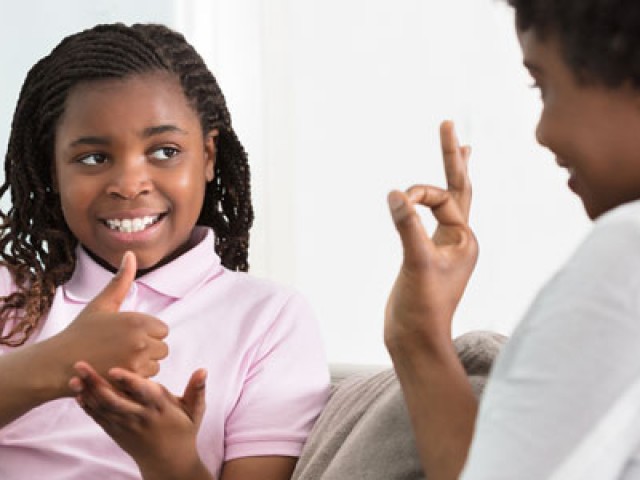