Tuberculosis (TB) kills more people every year than HIV/AIDS or any other single infectious agent. This statistic seems criminal considering that if the disease is diagnosed and treated timeously, most patients can be cured. Diagnosis and treatment...

Tuberculosis (TB) kills more people every year than HIV/AIDS or any other single infectious agent. This statistic seems criminal considering that if the disease is diagnosed and treated timeously, most patients can be cured. Diagnosis and treatment, however, is not on track and a large percentage of people with TB goes undiagnosed each year globally. Treatment is not always adequate and can even create or amplify a TB that is resistant to drugs typically given to people with the disease.

TB is caused by the bacteriumMycobacterium tuberculosis. It is an infectious disease that usually spreads when infected people with pulmonary TB cough and spread the bacteria into the air. Individuals who are undernourished, co-infected with HIV, diabetic or smokers are at greater risk of developing TB following infection. Babies and young children are particularly vulnerable and might develop severe and difficult to treat forms of the disease, such as TB meningitis, when they become infected at a very young age.

Internationally, TB strategies and associated targets have been identified in the United Nations’ (UN) Sustainable Development Goals (SDGs) (for the period 2016-2030) and the World Health Organisation’s (WHO) End TB Strategy (for the period 2016-2035). These goals and strategies share a common objective: to end the global TB epidemic. Despite this major global drive to combat the disease, global TB indicators have not improved since 2015.

World TB Day is on 24 March 2018 and calls on the leaders of the world to commit to end TB – focusing on all levels of society’s leadership, from the political level all the way to civil society. While global figures do not look very encouraging, South Africa has had a slight improvement in the number of TB cases over recent years. In terms of diagnoses and treatment success, however, it is still regarded as one of the countries with the largest number of incident cases each year.

In many of these cases (up to 20% in some parts of the country), patients are diagnosed with recurrent TB and needs to be re-treated. Many of these cases would have developed multidrug resistant TB (MDR-TB). Although this form of TB makes up only about 4% of the total TB burden, it requires up to 24 months of treatment with highly toxic and very expensive antibiotics, with low success rates and a considerable risk of death. Because MDR-TB transmits in the same way as ordinary TB, it is a growing epidemic in its own right.

Prof Bernard Fourie, leading TB expert and researcher in the Department of Medical Microbiology in the Faculty of Health Sciences, recognises that short term actions need to be improved if long term successes are to follow. Screening and diagnosis needs to be better targeted, treatment initiated quicker and antibiotics administered more efficiently. There is a great need for technologies that will improve these interventions. For the End-TB targets to be reached, Fourie says there’s a need for a dramatically better vaccine than the current BCG given to babies at birth, simple but accurate diagnostic options that identify TB on the spot, and new or re-purposed antibiotics or treatment strategies that can cure TB in weeks rather than months.

Fourie points out that South Africa is in the fortunate position that latest and most modern diagnostic and treatment options are available to all TB patients in the country, but that the country is battling to reduce the magnitude of the epidemic. A major challenge lies with early case-finding, ensuring adherence to treatment, and lack of awareness at the community level of the disease and its symptoms.

It is in this context that some innovative research takes place through collaborative efforts of scientists in the Faculty of Health Sciences. One such effort is defined by [email protected] Group, an informal multi-disciplinary collaborative effort*aiming to contribute meaningfully to the attainment of the End-TB goals. In many instances,[email protected] at the cutting edge of new explorations and translation research.

As part of the collaboration, Fourie is leading research at UP in the optimisation of rapid, molecular-based diagnosis of TB, inhaled therapeutics and vaccines, and biomarkers of risk of disease. His research also looks into the refinement of molecular diagnostics procedures for drug resistant tuberculosis. In this project, the aims are to optimize and evaluate the potential for wider implementation of a simple specimen collection-to-detection system with enhanced diagnostic efficiency in specimens with very low bacterial load, currently posing a challenge to existing tests for TB.

A major feature of this project is that the system is not dependent on keeping or transporting patient specimens under refrigeration. The outcome of this work enables successful detection of patients with early-stage TB, and simplifies the efficient characterization of specific antibiotic needs for drug-resistant disease. A close working partnership with Prof Jannie Hugo and his team in the Department of Family Medicine aims to demonstrate the usefulness of the system in a community-based approach, with encouraging early results already emerging.

There is currently also only one vaccine for TB, BCG vaccine, that is licenced globally. This vaccine is injected into the skin where the live organism in the vaccine is taken up by the body, multiplies and generates an immune response against the disease. While about 80% effective in babies and infants, this vaccine wanes over time and fails to protect adults against pulmonary TB. Research across the world is looking to develop a vaccine that is effective against TB at all ages. Fourie and his research team, collaborating with Prof Anton Stoltz from the Department of Internal Medicine, are involved in breakthrough research funded by the National Research Foundation that could dictate a new approach to vaccination with live whole-cell organism for control of pulmonary TB.

Considering that the disease spreads through the air, Fourie is focusing on targeting the lung as the portal for vaccination. He formed part of an international team that developed a highly efficient inhalable powder form of BCG vaccine and is in the process of testing pulmonary administration of the vaccine in a natural TB infection model that is unique in the world. The UP Airborne Infection Research Facility (directed by Prof Stoltz) is a one-of-a-kind experimental unit that allows for disease transmission studies involving the lung. This work will lead to observations on the performance of the vaccine against TB, closely mimicking natural TB infection in the exposed human subject. Fourie is confident that the outcome will show superior effects over the injected vaccine. “If we are successful it means we are moving forward in a big way. Whatever the outcome, we will learn a lot,” he says.

In the field of inhaled therapies, Fourie is also in collaboration [email protected] Prof Ronnie Anderson and Dr Moloko Cholo of Medical Immunology on the re-tooling of poorly absorbed drugs for administration to the lung, similar to the approach used for BCG vaccine. Very promising results have been obtained in early animal experiments with the drug clofazimine in dry-powder inhalable form, an old anti-leprosy drug that has recently become a key drug in the treatment of MDR-TB, but with nasty adverse effects if taken by mouth. While only a few scientists across the world are working on inhaled therapies, further tests are being developed by Fourie and his team to measure the efficacy of the inhalation approach to drug and vaccine administration.

An exciting new avenue being explored by Fourie and Prof Mike Sathekge at the Department of Nuclear Medicine, is the application of PET/CT scanning imaging technology in defining predictive lung damage and inflammation markers in ‘cured’ TB patients that correlate with specific immunological biomarkers of risk for recurrent TB disease. This project runs under a global effort to develop biomarkers of TB disease that could be turned into interventions, coordinated in South Africa by Prof Mark Hatherill at the University of Cape Town.

While there is still a lot that needs to be done to curb the TB epidemic and reach the SDG targets, with Fourie [email protected] Group leading the way in South Africa in terms of new diagnostics, drugs, treatment regimens and vaccines, it feels as if there is movement – in the right direction towards a considerable reduction in the TB burden we currently face.

Fourie has served as the Director of the Tuberculosis Research Institute and the National TB Research Programme of the Medical Research Council (MRC) before joining the UP in 2009 as a Research Professor (Extraordinary). He is a Principal Investigator in the MRC Clinical Research Unit for Tuberculosis Biomarker-Targeted Interventions of the South African Tuberculosis Vaccine Initiative at the University of Cape Town. He acts as international advisor and consultant on interventions for TB and HIV for the World Health Organization and UNITAID, and is a member of the International Council of the Autophagy, Inflammation and Metabolism (AIM) Center of Excellence at the University of New Mexico, USA. 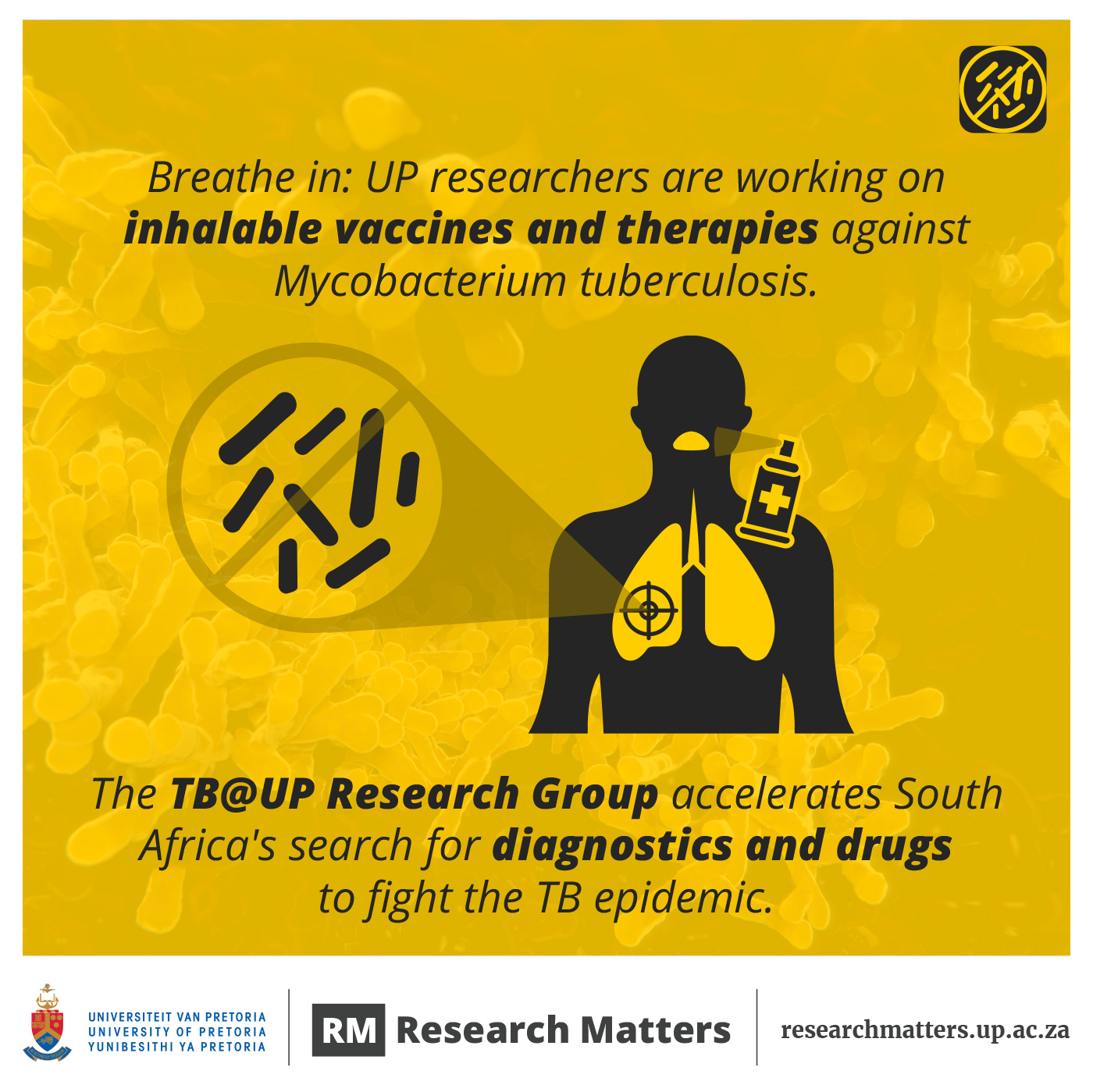 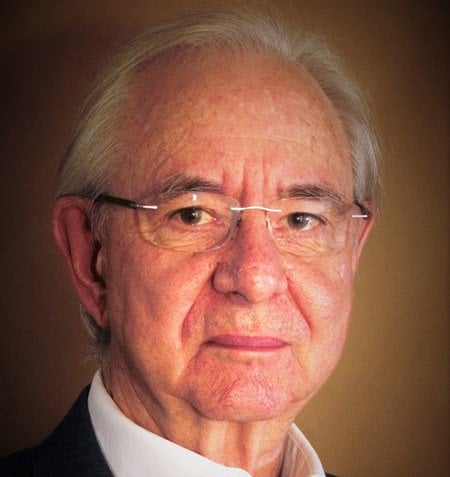 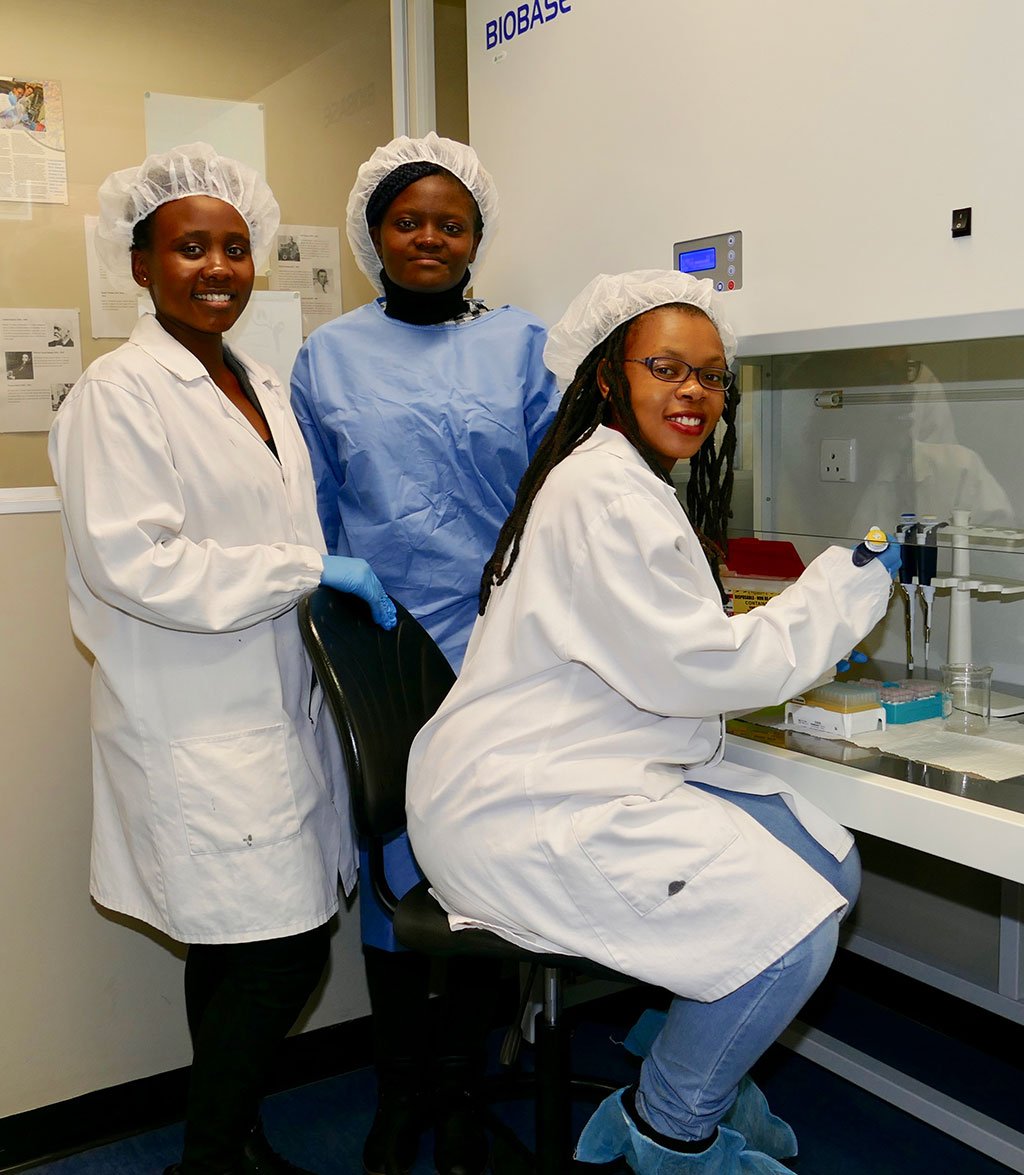 Members of the molecular mycobacteriology research team of the UP Department of Medical Microbiology. From left: PhD students Siphiwe Matukane and Bong-Akee Shey, and Dr Nontuthuko Maningi, Senior Lecturer. 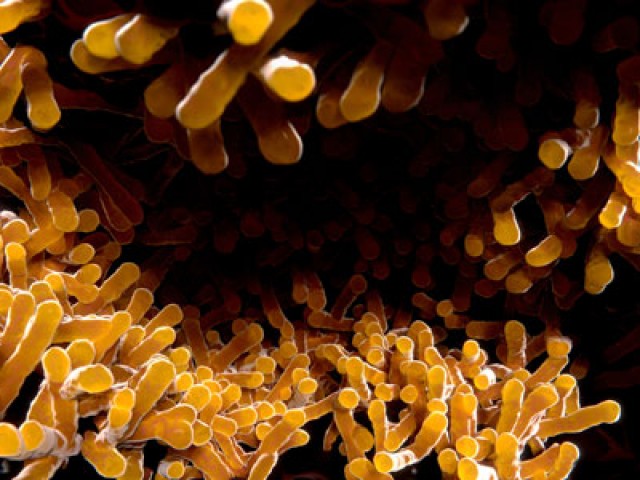