Leaving no door handle un-swabbed, mushroom detectives sift through potential crime scenes looking for clues that might cause some of our most nutritious food to spoil before it reaches your table.

Leaving no door handle un-swabbed, mushroom detectives sift through potential crime scenes looking for clues that might cause some of our most nutritious food to spoil before it reaches your table.

Pathogen detectives Dr Noncy Gomba and Dr Nazareth Siyoum however, use microscopes in place of a magnifying glass, and wear lab coats instead of trench coats.

They are post-doctoral researchers at UP’s Department of Plant and Soil Sciences, and are always hot on the trail of pathogens and practices that can lead to mushroom production losses and spoilage. They strive to make sure the mushrooms that land on your plate are fresh and suitable to eat.

According toCancer SA, and theHeart and Stroke Foundation, South Africans would benefit from eating more mushrooms as they are highly nutritious. South Africa lags behind in mushroom consumption compared to countries such as China, where mushrooms rank among the top five most-consumed types fresh produce.

Many consumers might be surprised by how safe mushrooms are: when produced correctly, they can even be eaten fresh without cooking or washing. This is according toProf Lise Korsten, who leads the DST/NRF Centre of Excellence in Food Security.

However, mushrooms do spoil relatively quickly; the time between harvest and consumption should ideally be within a week or two. Refrigeration may be an option to extend shelf-life and washing can remove dirt but this causes a change in the microbiome of the mushroom over time. These natural microorganisms protect the mushroom from external mushroom diseases and pathogens.

Such losses are a serious issue: consumers do not realise that for every packet of fresh mushrooms they find on the shelves, many others were spoiled, leaving a trail of dead mushroom bodies along the supply chain. Mushroom pathogen hunters like Gomba and Siyoum see this carnage as a trail of breadcrumbs they can follow to the cause.

“We hunt for pathogens that lurk in the air conditioning systems that blow fresh air into the mushroom growing rooms,” says Gomba. Contamination does not end with the air; it can also come from the raw materials used such as straw and chicken manure.

“Preventing contamination is akin to playing a musical instrument,” says Gomba. “You have to fine tune this balance.”

The suspects always on these detectives’ radar are pathogens known to affect fungi. Although not harmful to humans, they can still negatively affect mushroom production - things like Psuedomonas bacteria or yeasts that cause spoilage. These organisms may be responsible for severe post-harvest losses, or simply compromise the quality of your mushrooms at home.

Gomba visits farms, tests for pathogens and gives reports to farmers. She detects where pathogens harmful to fungi may be hiding in important areas such as growing rooms, door handles, and the equipment used throughout the production process.

Based on her findings, she then makes recommendations on how a farmer can prevent contamination.

Occasionally, some human pathogens can also be introduced in the production system and make their way onto mushrooms from contaminated water or unhygienic handwash practices from pickers and packers.

Siyoum studies the microbes that live on mushrooms and how to control those that cause disease. She says the microbiome of mushrooms is made up of a delicate balance of microorganisms, which when disturbed, can introduce pathogens that are harmful to the mushrooms.

Siyoum’s work directly benefits farmers who are keen to keep their mushrooms healthy and their productivity high. This research also impacts us as consumers - human gut microbiomes are positively affected by the balanced microbiome of fresh mushrooms, according to these researchers. South Africans’ health and nutrition would benefit from eating more fresh mushrooms. 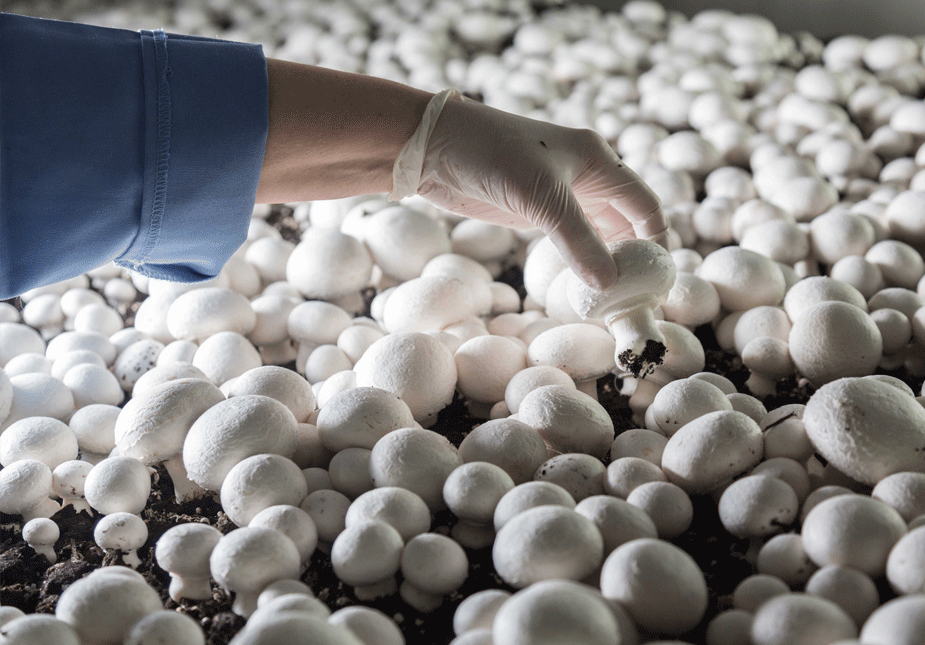 UP researchers are making sure that mushroom farms grow healthy and nutritious mushrooms that can form an important part of a healthy diet. 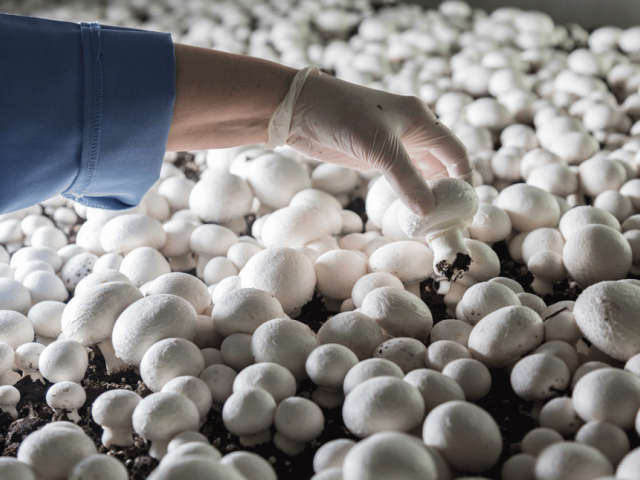