UP aims to improve human and animal health in rural farming communities at the interface with the Kruger National Park through research, student training, and community engagement.

Up to 60% of infectious diseases that affect humans originate from wildlife and domesticated animals. This means that in areas where people live in close proximity to animals, such as at the interface with the Kruger National Park (KNP), the risk of contracting a zoonosis (diseases that spread from animals to humans) is high.

Since 2008, researchers from the University of Pretoria have been working in Bushbuckridge, Mpumalanga, to improve human and animal health, and the environment they share, using opportunities provided by the Hans Hoheisen Research Platform (HHRP).

In that region, as is the case elsewhere in South Africa and Africa, rural farming communities face severe poverty and a heavy disease burden. Where conservation areas and such communities are in close proximity, applying the internationally-recognised principle of One Health, may be the only way to ensure that people and the environment thrive.

One Health brings together the disciplines of medicine, veterinary science, ecology, and others to establish a balance between wildlife conservation, natural resource use, farming, animal disease control, and human health.

The HHRP applies the One Health concept on the ground employing three entities: the Hans Hoheisen Wildlife Research Station (HHWRS) near the KNP Orpen Gate, the Hluvukani Animal Clinic (HAC), and the Mnisi Community Programme (MCP).

Laboratories and other facilities for wildlife research are based at the Research Station; at the clinic the animals from communities in the Mnisi Study area are treated; and the community programme coordinates engagement with the community on issues of human, animal and environmental health.

The study area includes National and Provincial Parks, rural villages and farming communities, and private game reserves. Almost 50 000 people in 16 villages, and approximately 20 000 head of cattle benefit from the initiative.

A brief history of the HHRP

What started in 2003 as a concept put forward by UP’s Professor Nick Kriek has now grown into a comprehensive programme managed by Jacques van Rooyen that applies the One Health philosophy to Africa, and coordinates research and training in the field.

In 2008, Prof Kriek proposed that Dr Greg Simpson establish the Hluvukani Animal Clinic as part of the HHRP to study the local zoonoses and to train students in veterinary and medical disciplines.

“When I started up in 2008, the emphasis was to have some training for students in a resource-limited setting alongside a cluster of nature reserves,” says Simpson. “The approach was to teach veterinary and medical students how to work with a development mindset.”

With his position being predominantly in clinical training of veterinary students, Dr Simpson spent most of his time training students on how to become familiar with diseases in a poor, rural context, and working with both animals and people in that environment.

“We were working through translators; a skill students need to pick up,” he explains. And in terms of training medical and veterinary students as a group, “it was an attempt to bridge gaps between two different health disciplines; I think the medical students learned more.”

Simpson also helped establish a number of research projects in the Hluvukani and greater Mnisi areas.

Prof Kriek retired in 2009, and van Rooyen now runs the HHRP and is responsible for the MCP. He has also been instrumental in developing the One Health curricula at UP taught at both undergraduate and postgraduate level since 2010.

The HHRP was established in association with the Peace Parks Foundation, the Mnisi Tribal Authority, and the Mpumalanga Parks and Tourism Agency. 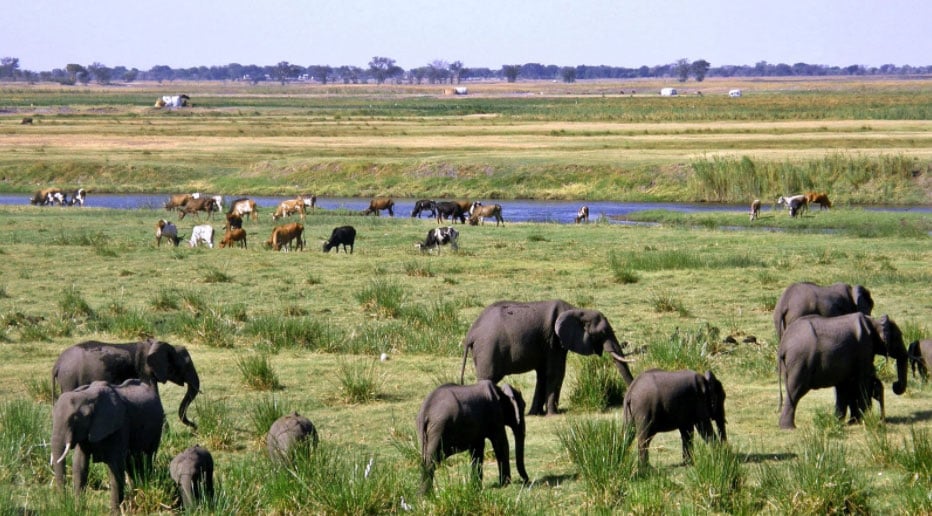 The Mnisi Study Area is an ideal place to study and implement One Health - wildlife, humans and livestock are in constant contact within a single ecosystem. Image credit Greg Simpson. 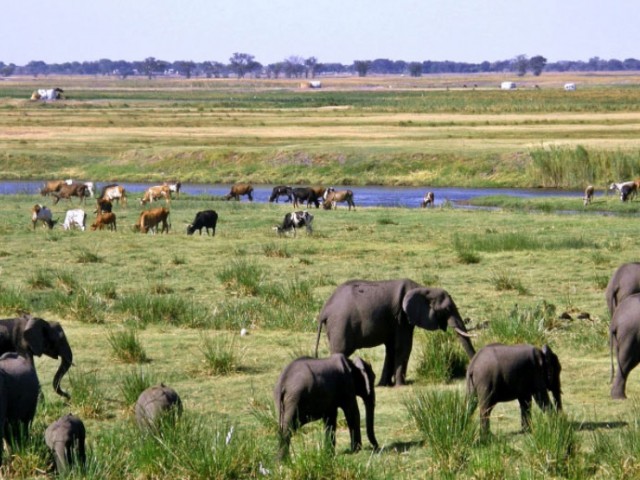