A project by researchers from the Department of Production Animal Studies tackles some of the big unanswered questions regarding mastitis treatment failure at South African dairies.

A project by researchers at the Faculty of Veterinary Science at the University of Pretoria (UP), funded by Milk SA, the statutory body of the milk industry, tackles some of the big unanswered questions regarding mastitis treatment failure at South African dairies. Led by Dr Martin van der Leek from the Department of Production Animal Studies, the project on 'Resistance to available antibiotics in lactating cows with mastitis' looks at treatment failure caused by antimicrobial resistance (AMR) and mastitis caused by other factors.

Mastitis is one of the most common diseases affecting dairy cattle and causes huge annual financial losses to the dairy industry. This infectious and occasionally fatal disease of the mammary glands is usually treated with antibiotics, but results can vary greatly within and among farms, and treatment failure is sometimes blamed on AMR.

There are strict regulations in place to which milk producers and processors must adhere to ensure the safety and wholesomeness of milk as a food product. Milk is tested routinely and any batch found to have antibiotic residues is discarded, as is milk that shows excessive presence of cells indicative of mammary gland infections. To avoid financial losses, it is therefore imperative that dairies ensure a healthy herd and milk of a high quality. This task is complicated by many factors related to management, cattle, environment and infectious agents.

Dr Van der Leek and his research team are investigating the possible causes of mastitis treatment failure and working to determine whether and to what extent AMR plays a role. AMR is a hot topic around the world and is leading to an overall reduction in antibiotic use in farm animals. Dr Van der Leek explains that AMR has existed for a long time, but the overuse of antibiotic medications preferentially kills sensitive bacteria, allowing resistant bacteria to become more prominent as they survive to transfer their resistance to subsequent generations.

Given its global importance, it is important to establish the extent of AMR as the cause of treatment failure and to establish and elucidate the other factors that add to the complexity of this issue. The study ultimately aims to establish the extent of AMR in the bacteria that cause mastitis, to identify and propose the conditions for appropriate antibiotic use and to highlight all the other factors that can be managed to decrease the prevalence of mastitis. AMR in bacteria that affect dairy cattle and other animal species can translate to human bacterial infections, making treatment ineffective.

Components of the project are cross-departmental within the Faculty, and some are being done in collaboration with other universities, both local and international. These components include an online and on-farm survey to identify all the factors involved in the treatment and prevention of mastitis on South African dairy farms. Areas of interest include management, employees, nutrition, housing and all activities related to the milking parlour. The research looks at both perceptions and practices. Any deficiencies common to the industry are identified so they may be remedied through the sharing of results and possibly through education programmes. Another component involves examining the economics of mastitis treatment and control in collaboration with Dutch counterparts.

Through the combination of all its research components, the project aims to distinguish between perceived AMR due to inappropriate and incorrect mastitis treatment and prevention, and true AMR. Based on its findings, the project also aspires to identify on-farm opportunities for intervention. As the data develops, so too will the project's focus areas.

This producer-orientated research is sure to contribute positively to the management of dairy farms across South Africa. Although the relative global contribution of the dairy industry to the development of AMR is small, it is a proactive industry committed to doing its part. 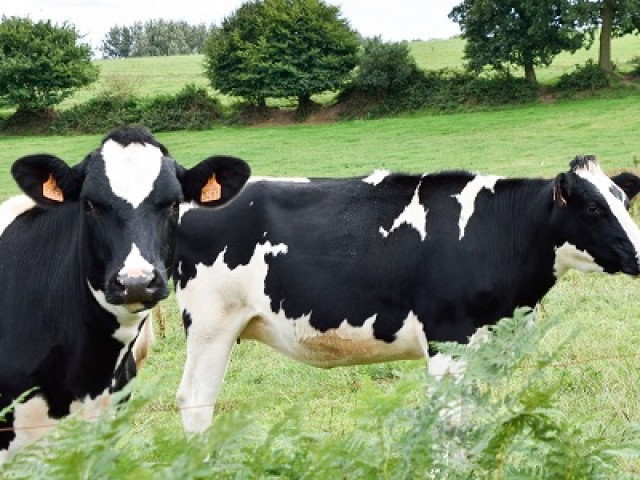