South Africa’s national electrical grid system is under increasing strain due to aging infrastructure and insufficient maintenance. Several research groups at the Department of Electrical, Electronic and Computer Engineering (EECE) at the University of Pretoria (UP) are working with industry and government to address these challenges.

Improving South Africa’s energy sector is the driving force behind much of the work done at the EECE in the Faculty of Engineering, Built Environment and Information Technology (EBIT) at UP. Many of the projects and research programmes that are currently being pursued by researchers would however not be possible without key collaborations between the School of Engineering and the South African National Energy Development Institute (SANEDI), which is South Africa’s national energy research agency, and other partner organisations.

One of these partners isEskom with whom the Centre for New Energy Systems, led by Professor Xiaohua Xia,collaborates on several projects and contracts.

“Eskom has been running a very successful Demand Side Management programme for the past 15 years,” he says. “Had Eskom not been doing this, we would have gone straight into stage three load shedding.”

Eskom again comes into play with Professor Ramesh Bansal, who is working on flexible alternating current transmission systems (FACTS) for the power utility. The FACTS systems help to maintain voltage while transporting electrical energy over long distances. As an added benefit, his work on improving renewable and hybrid energy systems are key for South African rural communities, many of which are still without a reliable connection to the national grid.

The Power group under the EECE, led by Professor Raj Naidoo, is working with SANEDI where they have taken a two-pronged approach at boosting the electricity sector. They are developing smart metering technology for municipalities, and developing technical standards for integrating smart grids and devices into the larger network (known asgrid codes) and for smart grid data security.

SANEDI, the Department of Energy and theNational Energy Regulator of South Africa (NERSA) will implement these technical standards as soon as they get published later this year. With all these efforts, UP’s EECE is directly and indirectly improving SA’s energy sector through its partnerships with government and industry. 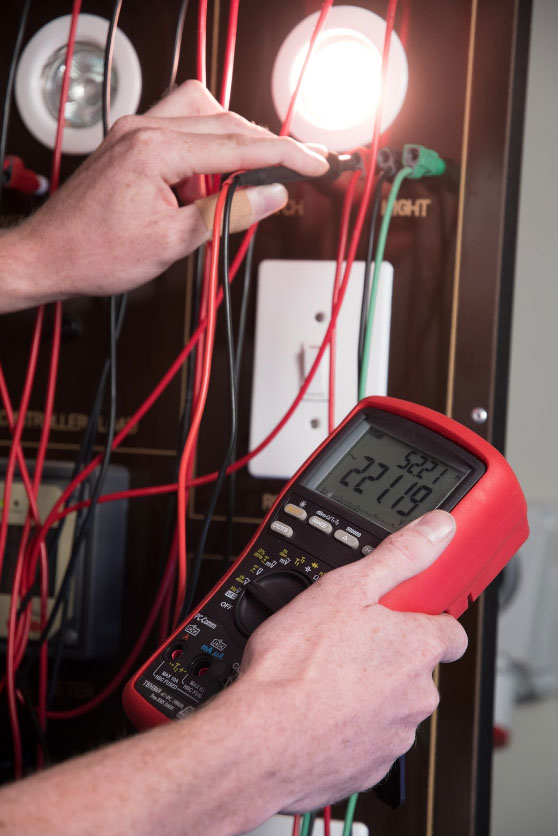 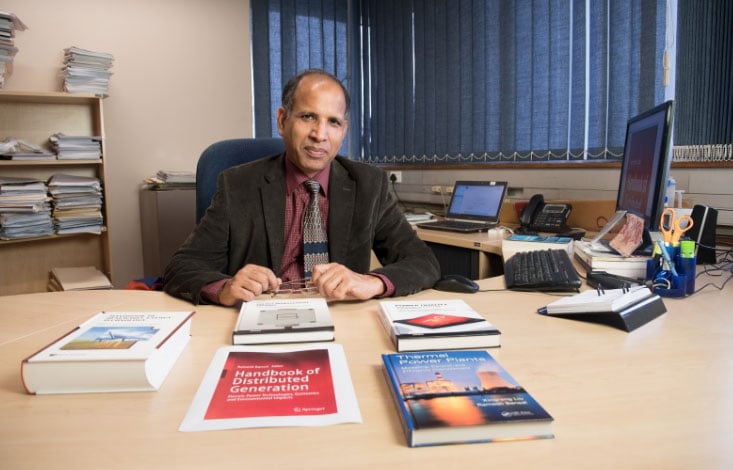 Professor Ramesh Bansal heads up the Power group which studies ways to integrate renewable energy sources into conventional power systems. He is pictured here with a number of books he has published on power systems and distributeds electricity generation. 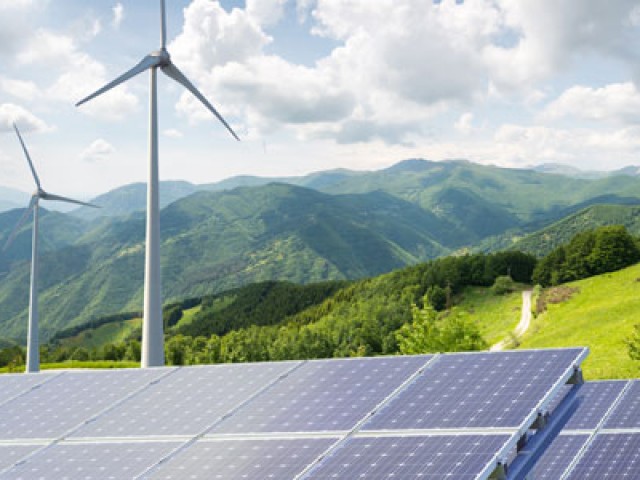