BSc (Computer Science) is the ideal programme for students who are curious about how computers work, enjoy building things in a careful and systematic fashion, have logical minds, are good at reasoning in a step-by-step way, find it fun to design things that others can use, are able to pay attention to detail, can recognise good style  and keep working at a task until they succeed.

A BSc (Computer Science) degree from the University of Pretoria provides breadth and depth in computing skills. It equips students with problem-solving abilities and ensures that they have a solid foundation for continued learning in an IT career and for producing high-quality software.
The BSc (Computer Science) degree can be completed in a minimum of three years. The curriculum conforms to the highest international standards and will give students a foundation in all the important areas of computer science. Students will study a wide variety of computer science modules that emphasise the most up-to-date ways of developing software for use in the IT industry.
This programme includes a significant number of mathematics and natural sciences modules to strengthen the kind of thinking needed for the development of software and the enhancement of problem-solving abilities. It also provides a basis for research in computer science, which often relies on a certain level of mathematical skill and maturity.

The Admissions Committee of the faculty considers applications of candidates who were previously registered for the BSc – Extended programme, on grounds of their NSC results as well as academic merit. Such students will only be considered for the four-year programme if they have passed all the prescribed modules and obtained a minimum of 65% in the Mathematics, Physics and Chemistry modules, respectively.

Candidates previously registered at UP or at another university

The faculty’s Admissions Committee considers applications of candidates who have already completed the final NSC examination and/or were previously registered at UP or at another university, on grounds of their NSC results as well as academic merit. Candidates who were dismissed from other faculties or universities will not be considered.

The faculty’s Admissions Committee considers the application of these candidates on the grounds of their NSC results as well as academic merit.

Qualifications from countries other than South Africa

* Cambridge A level candidates who obtained at least a D in the required subjects, will be considered for admission.

*  International Baccalaureate (IB) HL candidates who obtained at least a 4 in the required subjects, will be considered for admission.

The Faculty of Engineering, Built Environment and Information Technology at the University of Pretoria is a leading source of graduates in the engineering, built environment and information technology professions. We achieve this by a focus on research to drive innovative and enquiry-led teaching for educating and positioning our students to be leaders in their professions. The Faculty has extensive and cutting-edge teaching, learning and laboratory facilities integrated with the excellent suite of facilities and services offered by the University. We facilitate access to our qualifications through our extended ,programmes but expect our students to excel and develop as future professionals through our programme offering. We invite you to consider enrolling in one of our programmes if you share our vision of excellence and want to position yourself as a leader in the professions that we support.

The University of Pretoria aims to be internationally competitive while also locally relevant.  Advisory boards at both faculty and departmental level promote alignment and excellence in our teaching and research activities. Where applicable and available our programmes are accredited by statutory and professional bodies at both national and international level.

Enquiries about the programme 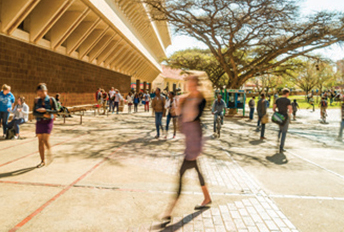