Tuks is where talented athletes learn to become real champions

In line with International Day of University Sport this week (20 September), we look back at what was a sparkling year for Tuks Sport.

Results never lie. The University of Pretoria can rightfully claim to be a world leader in local as well as international sport through the passion and dedication of its coaches, athletes and scientific support staff.

Holding out for a hero would have been an excellent way to describe the state of South African women's swimming three years ago. But one man, Rocco Meiring (TuksSwim head coach) and one woman, Tatjana Schoenmaker, managed to turn everything around.

This season it seemed as if Schoenmaker could not put a foot wrong. The Tuks swimmer won two gold medals in the 100m and 200m breaststroke at the World Student Games in Napoli, Italy, in July. She also made South African sports history during the recent World Long Course Championships in South Korea by becoming the first female swimmer to win a medal. She won silver in the 200m breaststroke. To top it all, she also won two gold medals at the Tokyo World Cup in the 100m and 200m breaststroke in August.

Tuks' athletes also continue to be trailblazers. Akani Simbine made history when he won the 100m during the London Diamond League Meeting in July. It was his second Diamond League victory. South African sprint champion Tebogo Mamatu proved her worth in the 100m race in 11.04s during the 40th Resisprint meeting in La Chaux, Switzerland. Her time was the second-fastest by a South African female sprinter.

One of this season's big success stories in South African athletics has been how Sokwakhana Zazini keeps getting faster as a 400m hurdles athlete. By the end of August, the 19-year-old was still Africa's fastest 400m hurdler, being one of only two athletes on the continent to have dipped under 49 seconds. The other is Lindsay Hanekom, also from Tuks.

Zazini's time of 48.73s, which won him the silver medal at the World Student Games, ranked as one of the 14th fastest times in the world in August. Equally impressive is that he had improved his best time in a mere eight months by nearly 0.59s. At the end of last year, it was 49.32s. Meanwhile, 19-year-old Zeney van der Walt also won a silver medal in the 400m hurdles during the World Student Games. Tuks archers made South African sports history when they won two gold medals during the Hyundai Archery World Cup in Antalya. Danelle Wentzel became the first South African archer ever to win an individual event at a World Cup, while Reuben Brent-Meek teamed up with Jeanine van Kradenburg to win the compound mixed final – another first for South African archery.

Tuks’ netball players continue to dominate the local tournaments. Earlier this year the Jaguars, a team made up of mostly Tuks students, won the Telkom League. Twenty-nine of the club’s players were in action during the National Premier League.

Tshwane Netball, on which Tuks is also heavily represented, won the National Provincial Tournament for a third successive time. They won every competition they played in this year. Tshwane's under-21A and B-sides were also victorious as was the Tshwane B-side. Of the 48 players representing the four Tshwane sides, 35 were Tuks players.

A highlight for Assupol Tuks Cricket, which is celebrating 100 years of cricketing excellence, was winning the Varsity Tournament in September for the fourth time in five years. The team’s captain, Neil Brand, was for the second consecutive year the Varsity Tournament Player of the Year. He scored 269 runs at an average of 38.4 and took nine wickets (13.8 average) in nine games. Assupol Tuks' Sean Gilson was the bowler of the tournament. He took 16 wickets at an average of 9.1.

TuksSport High School can boast about something that no other high school in South Africa can: two of its learners, Sibulele Holweni and Karabo Dhlamini represented Banyana Banyana at the FIFA Women's World Cup in France from 7 June – 7 July. Natania Bester won three medals in fencing during the tournament in Cape Town. She was victorious in the epee competition and won bronze medals in the sabre and foil competitions.

Meanwhile, Tuks women's volleyball players were instrumental in helping the Gauteng Thunderbolts win the National Indoor Volleyball League in Kempton Park as well as a silver medal in the beach tournament. Nicky Wenhold captained the team to their historic victory. It was the first time that women got to compete in the league. Five of her teammates were also Tuks players.

Tuks' Khutso Letsoalo, who teamed up with Tshwane University of Technology’s Sam Sibiya, ended up finishing second in the beach volleyball tournament.

Tuks rowers dominated the past weekend (13-15 September) during the USSA Boat Race, winning all four races (men’s A and B as well as women’s A and B).

The men’s A eight crew also set a new USSA record becoming the first team to win 11 consecutive times. The Tuks women’s A-crew has been unbeaten for the last four years. 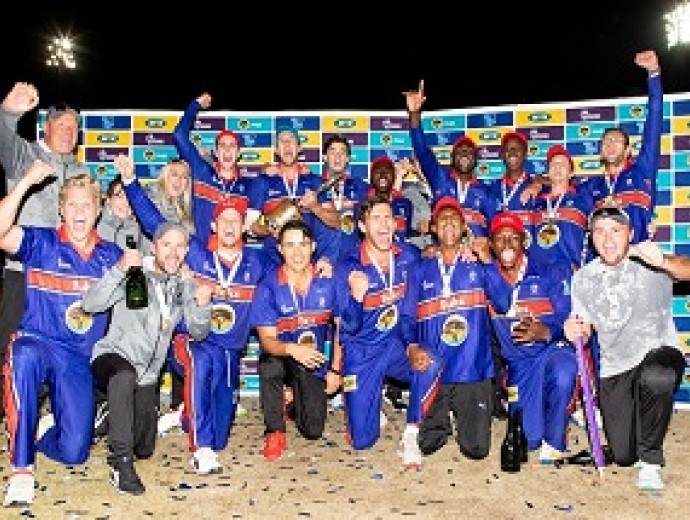