The University of Pretoria (UP) and the Embassy of the Kingdom of the Netherlands present the Footsteps Along the Tracks project, which uncovers the largely forgotten cultural heritage represented by the Netherlands South African Railways Company (NZASM). As part of the project, over 350 previously unknown NZASM structures were located, documented and accessed.

The NZASM was founded in 1887 as a private company with the aim of building a rail line from Pretoria to Lourenço Marques, now Maputo – the so-called Oosterlijn, or 'Eastern Line'. Rail connections were also established towards KwaZulu-Natal, the Western Cape, and the North West Province. Much of this infrastructure was destroyed in the South African War (formerly known as the Anglo-Boer War) between 1899 and 1902, but was later repaired by the British and consolidated into upgraded rail infrastructure after 1910. Until recently it was assumed that little of the original infrastructure remained.

The Footsteps Along the Tracks project was undertaken by UP's Department of Architecture, supported by the Netherlands Embassy. It is the beginning of a collaboration involving several disciplines including architecture, industrial archaeology, economic history, transport and heritage studies. The project has determined what remains, what is in use, what can be reused and what benefit this may have for the future of South Africa.

The aim of the project is to broaden the historical railway heritage archive by including the period of Dutch architectural influence in South Africa. The Footsteps Along the Tracks project also provides information to assist in the future planning of the conservation management and reuse of the NZASM infrastructure. Nicholas J Clarke, a research associate at the Department of Architecture, said, 'South Africa's extensive rail infrastructure is of vital importance to its people and the economy. The Footsteps Along the Tracks project is the first step towards reactivating the built railways heritage of the former NZASM.'

The Footsteps Along the Tracks project originated from the research for the award-winning book Eclectic ZA Wilhelmiens: A shared Dutch built heritage in South Africa, edited by Karel Bakker, Nicholas Clarke and Roger Fisher, all of whom are associated with the Department. This book identified a number of previously unknown structures associated with the NZASM.

'Many of the railway structures are still in use, serving not only as railway stations but also as homes and shops. However, the architecture is at risk due to a lack of awareness of their existence and significance,' says Clarke.

The Footsteps Along the Tracks project was undertaken by Clarke and Fisher, assisted by Siphiwe Simalane from the University of Pretoria. 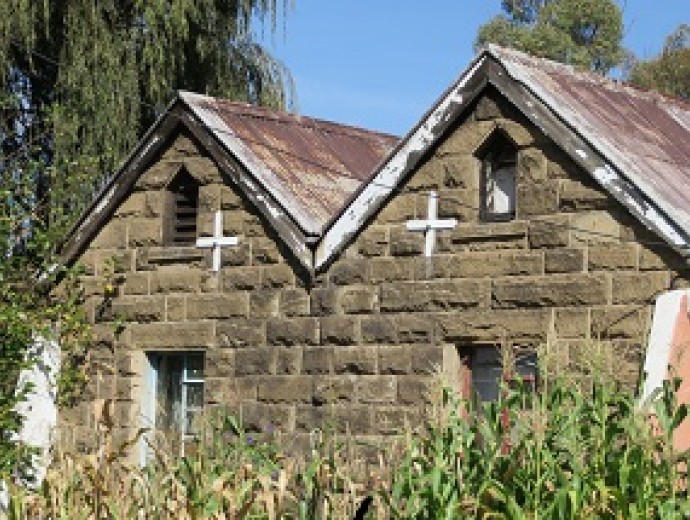