Honey-making begins at the flower, according to new UP discovery

It takes a lot of busy bees to turn nectar into honey.

We’ve known for some time that worker bees in the hive repeatedly regurgitate and suck up nectar droplets to remove water. They then fan the nectar inside the honeycomb’s hexagon-shaped cells to remove more water, until the sugar concentration reaches 80%.

What we didn’t know, until a recent discovery by UP researchers, is that forager bees actually already remove most of the water from nectar droplets at the flower and in flight, before they deliver their nectar cargo to the hive.

Prof Susan Nicolson from UP’s Department of Zoology and Entomology, and her colleagues, Dr Hannelie Human and Prof Christian Pirk, discovered that honeybees removed most of the water while collecting nectar from macadamia flowers. They found that the honeybees dehydrated the nectar by 57-75% when collecting it at the flower and that an average of 81% of the water is already gone by the time they reach the hive.

Prof Nicolson says this could only happen if the bees use their tongues to evaporate the water from the nectar by blowing bubbles and swallowing it again.

“Removal of the water saves energy in two ways. First, the load is smaller, so flight costs are reduced. Secondly, and more importantly, the energy saved in evaporating the water is far higher, and it means that the hive bees need to do much less work when dehydrating the nectar in the hive,” explains prof Nicolson.

The researchers captured forager bees on the way back to their hives at a macadamia orchard. They intercepted the bees before they could hand over their collected nectar to the hive bees.

They removed and examined the contents of the bees’ honey stomachs, called crops, which would be regurgitated in the hive. They dissected the bees and measured the water and sugar contents, and compared them to the water and sugar found in the unprocessed nectar in the macadamia flowers.

The researchers could not see the tongue evaporation process directly, since honeybees can be their most aggressive when they are collecting nectar. “You can do this with other bees but not with honeybees. They’re aggressive and they’re moving very quickly on the flowers,” Prof Nicolson says.

She suggests other researchers might look at flowers besides the macadamia orchards. “So far, we’ve seen this phenomenon in aloes and macadamias, but this might be a more widespread thing.” 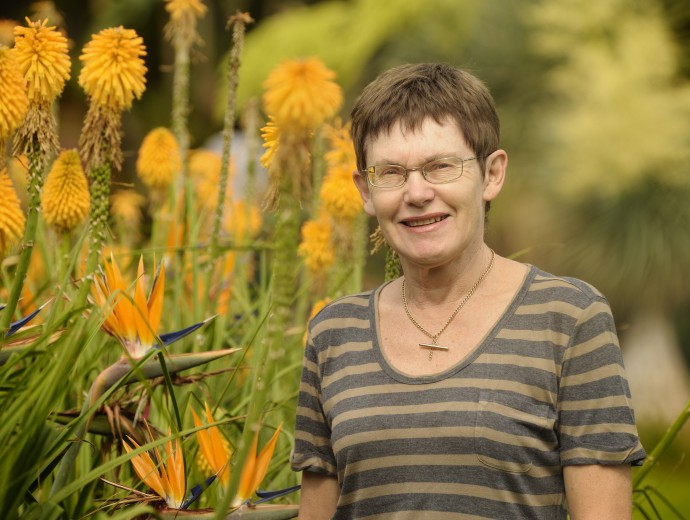