An international conference on forced migration in Africa organised by the Centre for Human Rights, Faculty of Law, University of Pretoria drew attention to the plight of forced migrants – internally displaced person (IDPs) and refugees – on the continent. It was held against the background of declaration by the African Union of 2019 as the “Year of Refugees, Internally Displaced Persons and Returnees: Towards Durable Solution to Forced Displacement in Africa”.

The theme of the year was chosen because in 2019 Africa celebrates two milestones: it is 50 years after the primary treaty on refugees, the 1969 (OAU) African Refugee Convention, was adopted; and 10 years since the first treaty on IDPs – the 2009 Kampala Convention – was adopted. The Conference theme -- “Beyond 50 and 10, beyond the rhetoric: international conference on the protection of forced migrants in Africa” – emphasizes that it there is no room for complacency. Despite these progressive legal frameworks, the issue of forced migration is often neglected.

The Conference, which took place on 6 and 7 September 2019, was attended by some 60 academics, practitioners, and representatives of international organisations. It was held at the Future Africa, an interdisciplinary research hub of the University of Pretoria. The Conference afforded an intergenerational and interdisciplinary platform for dialogue, by bringing together young and well-established researchers, policy-makers and practitioners from various disciplines including journalism, political science, history and law.

A recurring theme at the Conference was the fact that there was a need for decisive action on forced migration in Africa. This resonated in the keynote presentations by Dr Allehone Mulugeta Abebe, Senior Legal Officer UNHCR/African Union, who emphasised the need for a collaborative approach in the protection of IDPs. The second keynote presenter, Prof David Cantor, Director RLI Initiative, University of London drew attention to the importance of considering national laws in the protection of refugees in Africa.

The closing keynote presenter, Prof Bonaventure Rutinwa, Deputy Vice-Chancellor (Academic), University of Dar es Salaam, spotlighted the objectives of the OAU 1969 Refugee Convention and its contribution to the regional landscape on refugee protection. He emphasised the need for security concerns to be regarded as important and balanced with refugee protection.

At the Conference, a bold statement was adopted titled: “Future Africa Statement on Forced Migration in Africa”.  While noting the importance of the various regional instruments in the protection of refugees and IDPs, the Statement stresses the need for more active engagement on topic issues relating to the protection of forcibly displaced populations. Among these are: community-based protection, strengthening advocacy, data research and links with global processes. Within the framework of the Global Engagement Network on Internal Displacement in Africa (GENIDA) – a collaborative research between the University of Pretoria and University of London – more research on internal displacement was further highlighted.

Overall, the two-day Conference significantly amplified the need to leverage on the various instruments, actors and institutions at the global and regional level in ensuring that there is a significant shift beyond the rhetoric post-2019.

The Conference formed part of the Centre’s campaign for 2019, #AfricanMigrantsMatter. 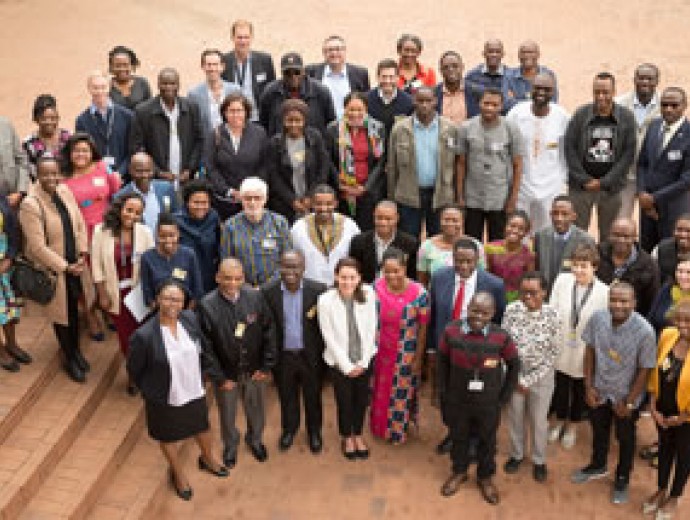