On 18 February 2016 TuksLaw honoured 111 of its first to pre-final year LLB students for their consistent academic achievement during the 2015 academic year.

Dean André Boraine opened and directed the programme. The keynote speaker at the event was Prof Monray Botha, the newly appointed Head of the Department of Mercantile Law.  He commended students on their outstanding academic achievements and motivated them to consistently excel on all levels of life - to lead, to excel and to soar.  Deputy Dean Anton Kok concluded the cocktail function by thanking these students for their hard work and dedication to their studies.

This event is a prominent fixture on the Faculty’s schedule and has been so for many years.  The annual TuksLaw Recognition of Achievement Function will be hosted on 13 April 2016. 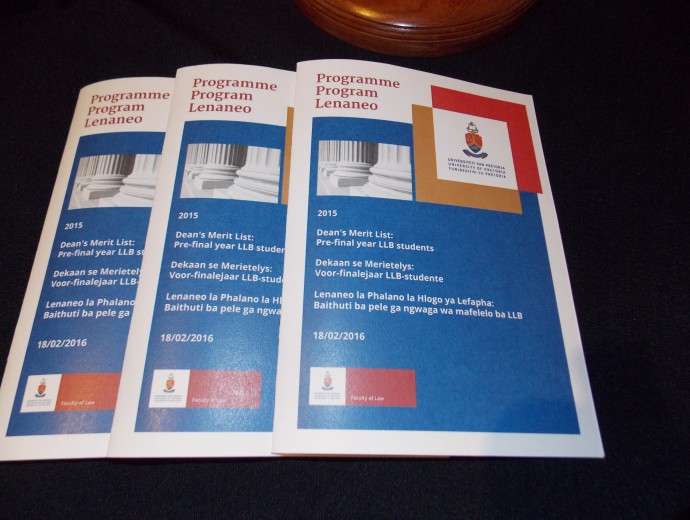