The disappointment at South Africa’s failure to arrest Sudanese President Omar al-Bashir to face genocide charges at the International Criminal Court is a sad reflection on the court’s poor record in living up to its lofty ideals. But, the world has seen it all before.

In August 1928, 15 countries, including France, Germany, Italy, Japan, the UK and the US, gathered in Paris to sign a new international agreement. As signatories to the Kellogg-Briand Pact, they agreed to renounce war as an instrument of national policy and committed to using only peaceful means to settle disputes, regardless of their nature or origin.

Such was the enthusiasm for the agreement, which entered into force in 1929, that the original signatories were later joined by another 47 states, including the Soviet Union. Frank B. Kellogg, the prime architect of the treaty, was awarded the Nobel Peace Prize.

Unfortunately, the high hopes that the agreement could end war were quickly dashed. Even before the outbreak of the second world war, Japan, Italy, Germany and the Soviet Union all violated the Pact with impunity. As a result, many people have treated the Kellogg-Briand Pact as an archetypal example of the dangers of idealism in international affairs.

It may be good to draft treaties that purport to bind states to all sorts of noble ideals. But, if international law races too far ahead of practical reality, the agreements are exposed as mere words. The resulting gulf between the words and reality only serves to increase cynicism about the utility of international law. It also reduces faith in the rule of law generally.

The ICC fails the test

This sad lesson seems to be repeating itself in the unfolding history of the ICC. Like the Kellogg-Briand Pact, the ICC is based on a noble idea that raises hopes of a more peaceful and just world. The court promises the victims of some of the worst evils that the perpetrators will be made to pay for their actions, regardless of their status and power.

The court also promises that they will be held accountable through the due process of law, thereby helping to promote the rule of law and human rights.

Unfortunately, the implementation of the ICC Treaty has failed to live up to this promise. No-one can doubt that there are many tragic and unjust situations in the world that are crying out for the kind of justice that the ICC seems to offer. Nevertheless, the court has failed to bring many cases.

In addition, its most headline grabbing cases – against two sitting heads of state, Kenya’s Uhuru Kenyatta and al-Bashir - have proven to be embarrassments. It has been forced to withdraw the case against Kenyatta because of lack of evidence.

The management of its other case, against al-Bashir suggests that the ICC is so powerless that it cannot even persuade the signatories to the treaty to help it fulfil its mission. The court stands accused of an anti-African bias and of being too subservient to the interests of the most powerful states, some of whom – including the US, China, India and Israel – have not even bothered to join the ICC.

The ICC also seems, unintentionally, to be contributing to the weakening of the rule of law in South Africa.

The South African government deserves to be criticised for the way it managed al-Bashir’s recent visit to attend the African Union Summit. But the existence of a warrant to arrest al-Bashir, the sitting president of a state in good standing as a member of the African Union, placed it in an impossibly difficult situation.

As host of the African Union summit, South Africa had an obligation to provide immunity to all properly accredited delegations to the summit. It fulfilled this obligation by duly gazetting that it would provide such immunity. But, as a signatory of the Rome Treaty creating the ICC, it had an obligation to act on the warrant to arrest al-Bashir and turn him over to the ICC.

Faced with these conflicting legal obligations, the South African government decided to choose pragmatism over idealism. It decided that it would choose the option that it believed would advance its sometimes troubled relations with Africa. The decision could also, arguably, facilitate the resolution of the tragic situations in Darfur and South Sudan by ensuring that a key actor could be available to participate freely in discussions on resolving it.

While the merits of its choice are certainly debatable, the South African government’s choice is not on its face unprincipled. Nevertheless, because its decision necessarily resulted in flouting a court order, the government, with the unwitting complicity of the ICC, has undermined the rule of law in the country and the robustness of the ICC Treaty.

War criminals not off the hook

But before al-Bashir and the opponents of the ICC begin rejoicing at its current difficulties and trumpeting the lack of utility of international law, they should pay heed to the post-second world war history of the Kellogg-Briand Pact. The pact served as the basis for the charges brought against the Nazi and Japanese leaders in the Nuremberg and Tokyo trials. These resulted in some being convicted and sentenced.

It also informed the drafting of Article 2 (4) of the United Nations Charter, which states:

Many countries, including some in Africa, have relied, sometimes successfully, on this provision to protect their own territorial integrity.

Finally, the Kellogg-Briand Pact remains a valid and enforceable international agreement. The lesson it teaches is that even international law’s most idealistic elements are not without their practical effects.

The reach of their aspirations may initially seem to exceed their grasp but history shows that they do hesitatingly and painfully push humanity forward and that, to paraphrase the late American civil rights leader Martin Luther King, the long arc of their movement bends towards justice and peace.

This article originally appeared in The Conversation - Africa 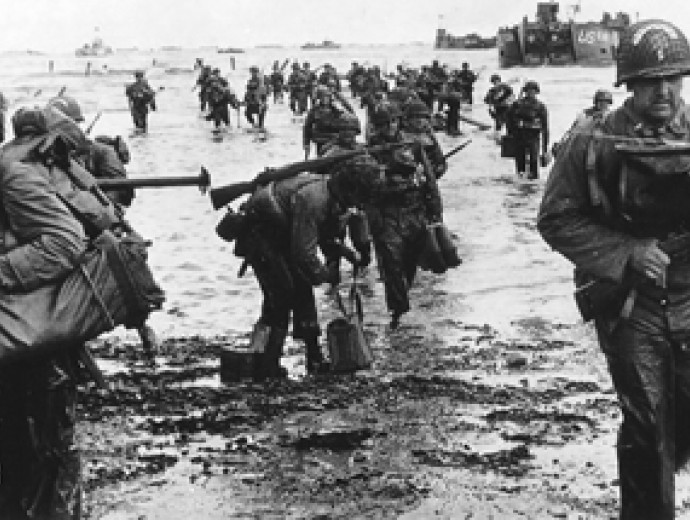