UP Lecturer overcomes mastectomy, hysterectomy and loss to receive master’s with distinction

University of Pretoria (UP) Dentistry Lecturer Dr Samantha Arnold is one of 11 000 students who were recently awarded their qualifications in absentia during a virtual ceremony necessitated by the global COVID-19 pandemic.

Dr Arnold, who has been practising for more than 20 years and is a lecturer in Dental Materials at UP’s School of Dentistry in the Faculty of Health Sciences, was awarded a master’s in Dental Materials, having undergone three major surgical procedures for cancer and coping with the loss of her mother, to graduate with a distinction.

“I chose to do my master’s on a very interesting dental material called glass ionomers. There are great advancements in these materials, and I believe they will be a prominent product for permanent aesthetic restorations in the future,” said Dr Arnold, who began her master’s studies in May 2017.

Dr Arnold’s achievement is all the more impressive considering the major challenges she faced during her research. In 2015, her mother was diagnosed with stage 3 HER2 metastatic breast cancer, and underwent a bilateral mastectomy the following year. “She then had another two extensive operations with five rounds of chemotherapy and three rounds of radiotherapy,” Dr Arnold explains. “She lost her battle on 3 April 2019 at 62 years of age.”

As a lecturer and master’s student, Dr Arnold could do her master’s research only when students at the School of Dentistry were on recess. “The master’s took much longer than anticipated, and many times I was so discouraged that I contemplated discontinuing as the pressure of work and family responsibilities were getting too much.”

And it didn’t let up. After her mother’s passing, Dr Arnold herself tested positive for the BRCA1 gene mutation and was advised to get a bilateral mastectomy as well as a full hysterectomy. “At 43 years old, I was at very high risk of developing breast cancer; this gene mutation is also linked to ovarian cancer,” she explains.

“Losing the things that make you a woman was quite a psychological obstacle to get over, but having more time with my kids and family made me realise that it was a small sacrifice. I wished that my mom had had the same privilege when she was my age.”

Dr Arnold had the mastectomy in October 2019 and the hysterectomy two months later. “The histological tests revealed cancer in my left breast, after the sonar and mammogram showed nothing. I want to strongly encourage women to go for genetic testing if they have a family history of breast cancer, as I’m sure it has given me the chance of a longer life.”

Yet despite these major upheavals, she submitted her thesis on 11 October 2019. “I had to do the examiners’ corrections between the two operations and was still in quite a bit of pain, as I had complications after the mastectomy, which necessitated another operation. But I knew I had to complete the master’s before the hysterectomy. It was very hard to deal with my loss and grief, but my work, research and family responsibilities kept me so busy that it helped to distract me from the grieving.”

She credits her family and colleagues for guiding her through her dissertation: supervisor Dr Paul Brandt; her husband, Henk van der Veen; her colleagues Dr Nicoline Potgieter, Dr Nichola Warren and Dr Riaan Lombard; as well as heads of department Professor Zunaid Vally and Professor Francois de Wet. “Knowing that I still had to go for the operations increased the pressure to hand in the master’s in October 2019. My youngest son, Michael, was in Grade 1 and my eldest, Thomas, in Grade 7 in 2019 – two very important grades, which posed lots of challenges.”

She says undertaking the master’s strengthened her. “I never thought I would accomplish something like this at 44, especially with all that has happened. One is never too old to learn new things, and if you put your mind to something, there’s no reason it cannot be done. In the words of Nelson Mandela: ‘It always seems impossible until it’s done.’ I also see the master’s as encouragement for my sons to not only get a degree, but to realise that you have to be a lifelong learner.”

Dr Arnold says she also drew strength from the memory of her late mother. “My mom taught me kindness, the value of family and how to deal with whatever life hands to you. She never gave up and stayed positive until the end that she would recover.”

A total of 1136 students (both undergraduate and postgraduate) were awarded degrees from the Faculty of Health Sciences. 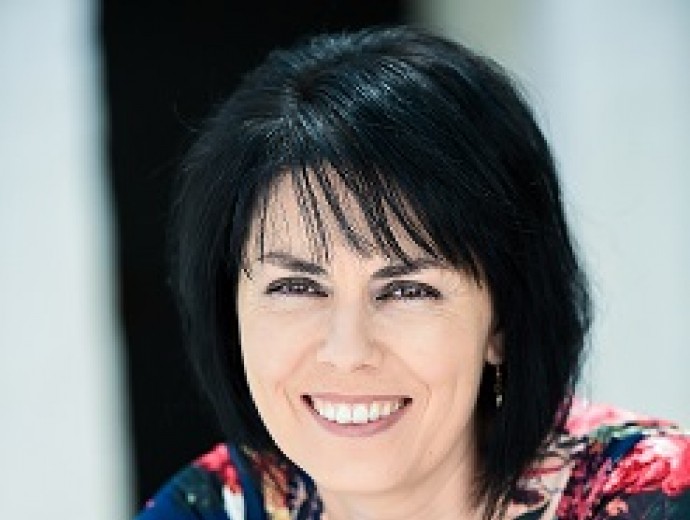