World AIDS Day is commemorated on 1 December every year and provides an opportunity for communities to unite in the fight against HIV/AIDS. The UNAIDS World AIDS Day theme for 2011 to 2015 is: ‘Getting to zero’.

As their contribution, staff of the University of Pretoria’s School of Health Care Sciences, in collaboration with the Foundation for Professional Development (FPD), the City of Tshwane, the King’s Hope Development Foundation, Future Families Mothusi Workers, the Tshwane Multisectoral AIDS Management Unit (MSAMU) and the Ward-Based Outreach Teams (WOBTs), hosted an event at Olievenhoutbosch Clinic on Friday, 27 November 2015. The theme of the event was ‘90 90 90’, which alludes to the realisation of the UNAIDS 2020 vision of ensuring that by the year 2020, 90% of people living with HIV should know their status, 90% of all those diagnosed with HIV infection must be on sustained anti-retroviral (ARV) therapy and 90% of people on ARV therapy must be virally suppressed.

The event served to raise awareness of and educate people on HIV/AIDS, and featured an educational drama performance by the Mothusi Workers, as well as a dance item by Future Families (a non-profit organisation rendering quality services to orphans and vulnerable children (OVC) and people infected with and affected by HIV/AIDS in South Africa). As an added service to the community, staff members and BCur students participated in a symbolic lighting of candles and conducted free screening for hypertension (68 patients were tested of which five were counselled and referred treatment for elevated blood pressure) and diabetes mellitus (43 patients’ blood glucose were tested of which six were counselled and referred for treatment), while FPD did HIV counselling and testing (a total of 62 patients were tested for HIV).

Many factors contribute to the spread of HIV, including poverty; inequality and social instability; high levels of sexually transmitted infections; the low status of women; sexual violence; high mobility (particularly migrant labour); limited and uneven access to quality medical care; and a history of poor leadership in response to the epidemic. Vulnerability to and the impact of the epidemic are proving to be most catastrophic at community and household level. Stigma and discrimination remain unacceptably high and are significant barriers to access to adequate health care, as well as psychological and social support.

From 30 November to 4 December, the Gauteng Department of Health will host a series of activities at the Tshwane Events Centre under the theme, ‘Working together to end AIDS in Gauteng by 2030’. From the beginning of October to date, the Department has tested over 700 000 people for HIV and AIDS, which means that it is well on its way to meeting its target of testing one million people by the end of December this year. 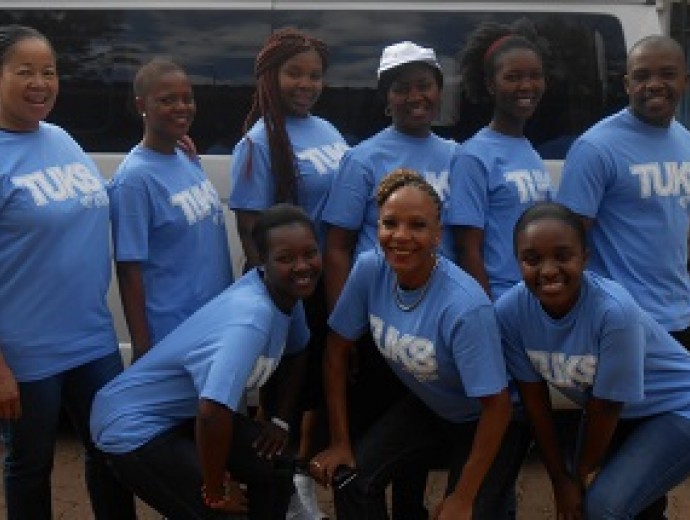 Staff of the School of Health Care Sciences at Olievenhoutbosch Clinic