In March 2019 the University of Pretoria kindly received a donation of eleven miniature reproductions or replicas of art reliefs from the Embassy of the Islamic Republic of Iran in Pretoria. With appreciation to Mr Shahrouz Falahat Pisheh, Cultural Counsellor, these works are placed on temporary exhibition in the Merensky library from 4-28 June 2019. The donation is comprised of a selection of scaled replicas of statuary such as the Head of Darius the Great, Royal Guard Bow Bearers, the statue of Shapur I and architectural marvels such as the Gate to All Nations from Ancient Persia and its capital city, Persepolis, dating back to 614-490 BCE.

The Persians were a people of southwestern Iran, living on the plateau alongside the Persian Gulf. To their north, facing Mesopotamia, was the land of the Medes, another major people of the Iranian plateau. It was the Medes from their capital at Ecbatana (modern Hamadan) who first welded the peoples of western Iran into a major political and military power. The Median King Cyaxares invaded Mesopotamia in 614 BCE and played a major part in the destruction of the Assyrian empire. Cyaxares also extended his rule into eastern Anatolia. A battle with the Lydians in 585 BCE was allegedly forestalled by an eclipse of the sun. The two powers took this as a portent and agreed to make peace, fixing their common frontier along the River Halys.

This left four major players on the Near Eastern scene: Lydia, Media, Babylonia, and Egypt. During this period the Persians were subjects of the Median kings, but in 550 BCE the Persian ruler Cyrus “the Great” threw off the Median yoke and made the Persians the dominant power. Thus the Median Empire became a Persian one, and Cyrus embarked on a policy of aggressive expansionism. First to be conquered was Lydia in 546 BCE. Seven years later Cyrus led his armies against Babylonia, capturing Babylon itself in a whirlwind campaign. In 525 BCE Cyrus’s son and successor, Cambyses, conquered Egypt, but it was during the reign of Darius (522–486 BCE) that the Persian Empire reached its greatest extent, from Thrace in the west to the Indus Valley in the east. It was under Darius, too, that the Persian Empire first came into conflict with the Greeks in the episode known as the Persian Wars (490–479 BCE). One of the most famous memorials of Darius’s reign is the relief at Behistun in western Iran, which played a key role in the decipherment of the cuneiform script. 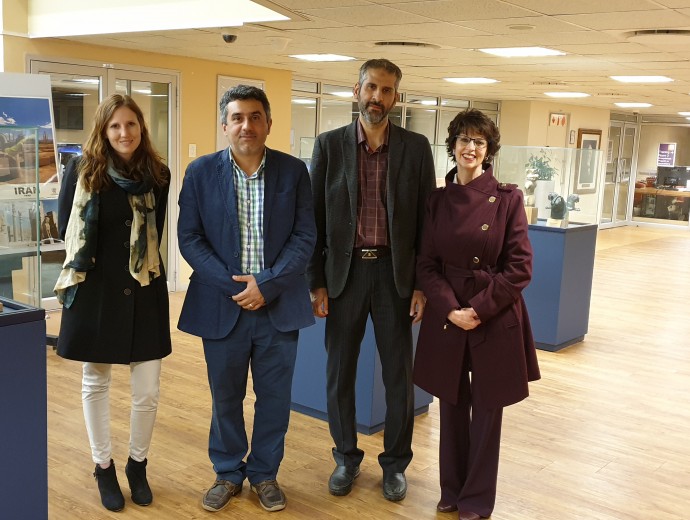