Passing away of UP alumnus Professor Will Alexander

It is with great sadness that Mrs Evelyn Stoddard, the daughter of Prof Will Alexander, announced his passing after a brief illness, on Tuesday, 9 June 2020, at the age of 95 years. Prof Alex will be lovingly remembered by his daughter, grandchildren, colleagues and friends.

Since his youth, Will Alexander's interest and focus had always been to practice application, based on the understanding of theory and reason. While still at school in Durban, during the outbreak of World War II, he and his friends shared in the excitement of this uncertain time, unfolding at the Port of Durban which became a hub of activity. This could have been the beginning of his interest in the large scale activities which unfolded before them.

Will completed his secondary education at the end of 1941 and enrolled at the University of the Witwatersrand as a civil engineering student. The recruitment to join the Army was extensive and he joined the part-time university training corps, attending field exercises and was trained in bridge building and demolitions. They were also trained how to use commercial dynamite, knowledge which proved to be valuable, many years later when he was involved in the construction of dams.

Before his 18th birthday, Will wheedled his way into the army as a member of the South African Engineer Corps. He once remarked that his reason for joining up, had nothing to do with patriotism but that it was purely for the adventure and to escape university for a while.

Will volunteered to go 'up north', where he joined the 11th Field Company of the SAEC in Egypt. Here he became equipped with, amongst other things, the construction of Bailey bridges. In due course he proceeded to Italy, where his company was involved in opening up the road that held the key to the Allied Force’s advance to Rome.

At the end of the war, Will continued his studies at Wits and at the end of 1949 he graduated and entered the lean job market. After attending a presentation from the Department of Irrigation (later Water Affairs) where the intended program of dam construction activities of the Department was shared, he applied for a position and joint the Department, a decision he has never regretted.

During the period 1950 to 1969, Will and his late wife, Gladys were like nomads, moving from one construction site to another, building large dams, tunnels and water supply projects while raising their family. He was involved with several dam constructions, including Rooikrans, Leeuw Gamka, Erfenis and Floriskraal Dams. His unit moved to the Orange River for the construction of the Orange-Fish Tunnel- at that stage the longest continuous water supply tunnel in the world (now moved down the list to fourth longest).
According to Will, civil engineers had to solve a wide spread of problems and if solution methods were not available, they had to be develop.

In 1969 he was transferred to the Department's planning division in Pretoria, where he undertook the numerous studies on water supply schemes and was later promoted to become the Chief of the Division of Hydrology in the Department, where he broadened his knowledge in Hydrology by attending courses at Colorado State University in the USA and the University of Reading in the UK.

In the years that followed, he was promoted to the post of Manager, Scientific Services and increasingly became involved in the hydrological complexities of short data sets and water resource development. In this capacity he served on the CSIR's National Programme for Environmental Sciences and chaired its Inland Water Ecosystems Committee, which approved the funding of multidisciplinary research in this field. He was also a member of the Natal Parks Board's St Lucia Scientific Advisory Committee and the Southern African Commission for the Conservation and Utilisation of the Soil, the only international committee which then allowed South Africa membership.

Driven by a desire to share his knowledge, particularly in the field of hydrological phenomenon and multidisciplinary studies, he authored a host of publications between 1970 and 1984. The paper that emanated from the work done by him and colleague Paul Roberts as members of the committee advising the Cabinet on the reconstruction of Laingsburg after the ravaging flood of 1981, received the South African Institution of Civil Engineers prize for the best paper of the year.

Another interesting field of research that led to various publications, was on climate change. He had a very strong opinion that there is no evidence to support claims that global warming, as was strongly promoted internationally and also in South Africa, had or may in the foreseeable future have, a meaningful effect on floods or water supplies. He encouraged personnel and colleagues to explore applied research options in their work.  His managerial duties at the Department divorced him from his scientific problem solving appetite and during 1984 he retired from the Department and was immediately appointed by the Department of Civil Engineering at the University of Pretoria. This was as Will described it, his third major phase of his life, being an academic.

Whilst at the University of Pretoria he was appointment by the Secretary-General of the United Nations as a member of the UN's Scientific and Technical Committee on Natural Disasters, in which capacity he attended meetings in Yokohama, Moscow, Paris, Geneva, Washington and Nairobi, and presented papers at conferences all over the world. His specialty research field involved Applied Hydrology and Flood Calculations, in which he made large contributions.

At the University of Pretoria he made his presence felt sharing with colleagues and students not only his knowledge of hydrology but also his rich fulfilling life, which includes photography and valuing nature diversity.

While holding the post as Professor in Civil Engineering at the University of Pretoria, he presented numerous short courses on applied hydrology to thousands of practitioners and he produced more than 180 publications and reports. His appetite for data and programming resulted in his the assessment of cyclicity and trends in runoff records.  A significant contribution was the development of a celebrated flood calculation procedure (Standard Design Flood Calculation procedure, SDF). The SDF found general acceptance and is defined by various Authorities as the preferred flood calculation procedure. His books titled 'Flood hydrology for Southern Africa' and 'Flood Risk Reduction Measures' are still currently used as valuable references in this field.

He retired from the University of Pretoria in 2000 but still kept on being active in the field of advanced hydrology writing numerous papers, presenting short courses as well as writing interesting memoirs and stories.

Regrettably an end of an era - we honour a free spirit, formidable applied statistician, self-taught programmer and an individualist who was always willing to share his views and had space to accept when he erred. 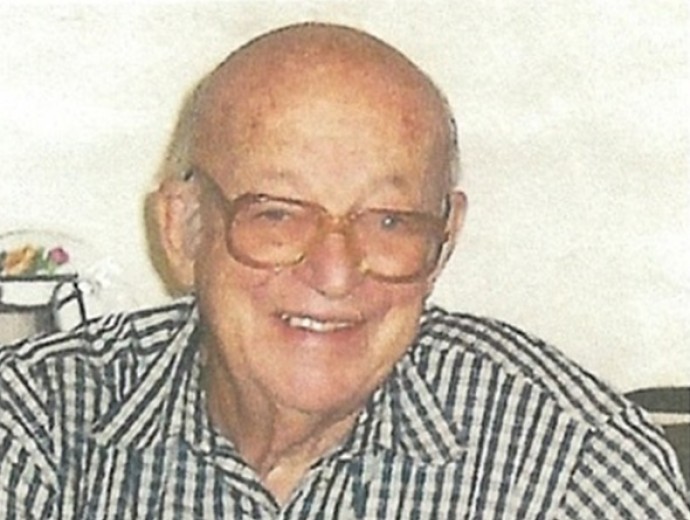