The challenges facing South African agricultural education and training (AET) are highlighted in the latest consensus study released by the Academy of Science of South Africa (ASSAf) on 27 September 2017. The study was chaired by Professor Frans Swanepoel from the University of Pretoria's new Future Africa Initiative, and seeks to identify ways to address these challenges in South Africa in view of agriculture's importance in meeting the United Nations' Sustainable Development Goals, as well as the South African National Development Plan (NDP).

Although South Africa can meet national food requirements, more than 7 million citizens experience hunger, while 22,6% of households have inadequate access to food. In addition to providing food, agriculture delivers more jobs per rand invested than any other productive sector; if the entire value chain of agriculture is considered, its contribution to the GDP reaches approximately 12%. However, despite the sector's important role in feeding the nation and securing livelihoods for 2,9 million households dependant on agriculture, the ASSAf study's core finding is that AET provision is in real need of significant transformation at all levels.

The study identified three key areas in need of attention: bringing about substantial institutional reform, stimulating a more effective agricultural innovation system, and developing a shared vision for the role of AET in national development and prosperity. Considering the pervasive and cross-cutting challenges experienced across all levels of the AET system, the study strongly recommends that a ministerial committee be appointed to tackle the issue in an integrated and coordinated fashion. As early as 2003, a similar recommendation was made, but ‘this has not been implemented — with consequences for the system,' the authors write.

The study's recommendations are wide-ranging, practical and aimed at advising policy-makers on improving the quality of AET in South Africa. The report launch, held at the National Research Foundation (NRF), was attended by delegates from the national departments of Agriculture, Forestry and Fisheries (DAFF), Science and Technology (DST), and Higher Education and Training (DHET). Representatives from all three departments acknowledged the timeliness and value of the study, and the DST have openly expressed their support for ASSAf and the panel, and have committed to assisting in disseminating the report findings.

Moving forward, the Minister of Science and Technology will be requested to bring the urgency of the report's findings to Cabinet, and the panel will visit all nine provinces in the next six months to share findings with all relevant stakeholders. 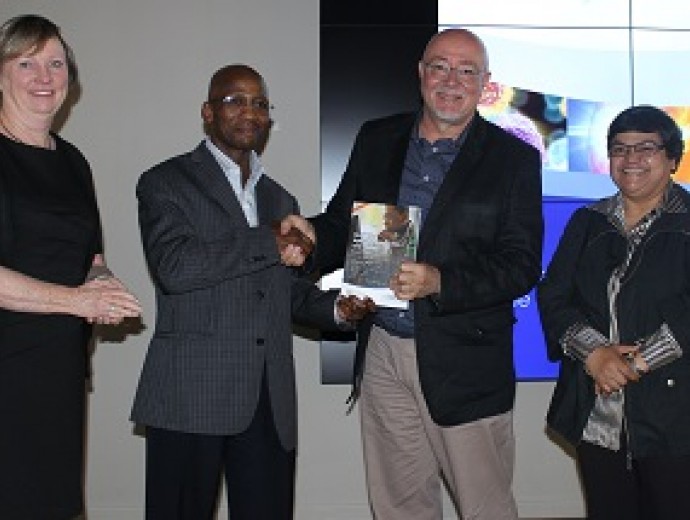