Opinion: As Trump smacks the climate, the world must do better to save the planet

As Donald Trump's America drops out of the Paris Agreement, it's high time to ask whether conventional approaches to sustainable development are enough to deal with the multiple crises facing the world.

A shift to a 'green economy' is essential to reduce greenhouse gas emissions. But more is needed to build truly sustainable economies, which not only curb emissions, but also drastically reduce all the negative impacts on nature and society.

In my new book, Wellbeing Economy: Success in a World Without Growth, I argue that the climate crisis should be seen as an opportunity to redirect our development trajectory away from increasing consumerism. We need to shift towards a much more intelligent economy rather than continuous exploitation of humans and nature.

Achieving such a 'wellbeing economy' would be the best way to demonstrate how backward and self-defeating Trump's strategy is.

Since the 1950s development has been closely associated with continuous economic growth. While this has generated unprecedented consumption in the West and some emerging economies, it has also caused serious concerns among the scientific community and society at large.

In what has been termed 'The Great Acceleration', skyrocketing consumption has caused a massive increase in polluting emissions. But there is more: water use has multiplied and marine fish capture has grown exponentially, along with ocean acidification, biodiversity loss, depletion of natural resources and soil erosion.

Coupled with climate change, all these processes threaten not only further economic development, but our very existence on this planet. Besides all sorts of environmental problems, such consumption has also caused inequalities, stress, waste and a growing number of social tensions.

The concept of 'decoupling' aims to address some of these problems. It suggests that the connection between growth and environmental degradation can be delinked by introducing clean technologies and renewable energy sources.

The decoupling promise has been the cornerstone of America's climate change policy in the past few years. So much so that former US president Barack Obama has presented it as the silver bullet. He published an article in the journal Science arguing that the decoupling of energy sector emissions and economic growth should put to rest the argument that combating climate change requires accepting lower growth or a lower standard of living.

Obama is right: fighting climate change need not imply a lower standard of living. There are good reasons to believe that a truly 'green' economy, which puts people and planet at the core of development can massively improve our lives. It can deliver better jobs, reduce unnecessary expenses, help small businesses thrive and connect producers and consumers with a view to minimising waste.

But to do this, the world needs more than green technology. It needs to reassess what economic growth really means.

It is true that many production processes have become more efficient worldwide. Yet this hasn't resulted in less overall pollution. This is because growth has outpaced efficiency by orders of magnitude. Most things we produce are now less polluting than before, but we produce many more things overall.

A massive conversion to renewable energies may result in 'cleaner' growth. But there is a limit to the use of renewable energy sources too. Indeed, there is a finite surface to capture solar radiation, wind and tidal currents as well as geothermal forces.

There is also a limited amount of rare earths and other minerals, which are indispensable to build the PV panels and wind turbines that produce renewable energy. Moreover, the exploitation of such materials causes additional environmental damage. There is therefore an ultimate ceiling on 'green' growth.

The other critical factor is that energy consumption is just one sub-section of the economy's overall material consumption. The world consumes natural resources for many other things too, like buildings, roads, cars, computers and so on. Besides energy, the list of natural inputs to production is very long – from water to land, timber, iron, phosphates and so on. Once again, these are finite.

Without dismissing the importance of greening technologies, it must be recognised that many industrialised countries have been able to reduce their material consumption mostly because production processes have been outsourced to companies operating off-shore. In what looks more like a convenient facelift, the West appears to have shifted the responsibility for its pollution to the so-called developing world, mostly in East Asia, where the bulk of global goods are presently produced.

If such material impacts were charged to the countries where the final consumption takes place, many green economies wouldn't look so green anymore.

The need for a different development model

But let's imagine that it was possible to achieve a perfect separation between growth and all environmental consequences. This would still leave unaddressed a number of negative social effects that the current model of economic growth causes, from inequality to social stress and overworked people.

Unless the world develops social innovations and new governance models to radically alter how the economy operates, it may end up with traffic jams of electric cars, overworked assembly lines of PV panels and global conflicts to control the uranium fuelling the ever-increasing number of carbon-neutral nuclear plants.

Against this backdrop, the real focus of policy debate should be on the following question: Is the current approach to growth, which we are trying to 'clean up' through new technologies, really desirable in the first place?

The Sustainable Development Goals indeed demand change not only on climate policy but on a wide range of ecological and social issues, from inequality to social cohesion, from education to health care, from water to land, from fisheries to food. These are all issues that require a holistic approach. They can't be fixed one at a time, as they are closely entangled and affect each other.

The good news is that, just as society has made technological advancements on clean energy, it has also developed new tools to build economies that increase human and ecosystem wellbeing while lowering material consumption.
As I show in my book, the world is replete with alternative business practices and socio-political innovations, which can help redesign our economies. They include cooperative banks, crowd-funding schemes and social benefit corporations.

The world is also seeing the emergence of community currencies, that is, forms of money that are controlled by the users themselves, either through local associations or through digital systems like the blockchain. And there is the continued rise of distributed renewable energy networks, open-source software and hardware as well as additive technologies (like 3D printing), which are revolutionising manufacturing.

All these processes are redefining the economy from the ground up, strengthening local economic production and supporting local businesses. They are not only creating good jobs, but they are reducing waste and other negative collateral effects by avoiding economies of scale and over production.

A truly green economy is a crucial step forward. But we can do better. Rather than holding on to a model of growth that wants us to maximise consumption at all costs, we need an economy that rewards optimisation. A balanced economy, centred on people and the planet. 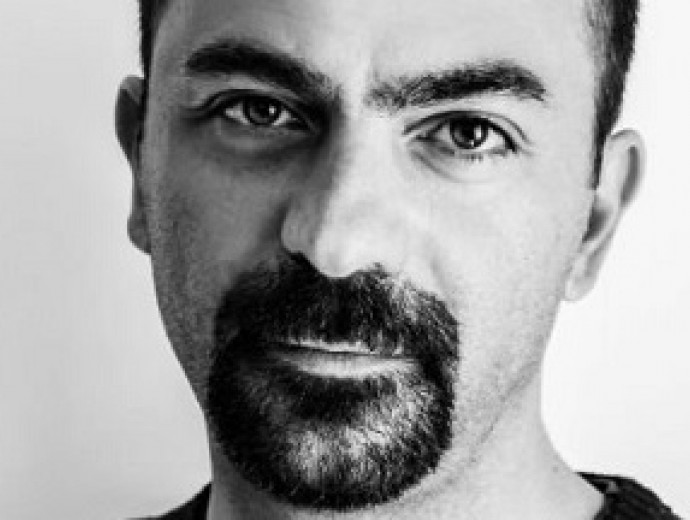