The Centre for Human Rights at the University of Pretoria joins the rest of South Africa in celebrating Freedom Day 2017. On 27 April 1994, South Africa held its first non-racial, post-apartheid election, marking a major shift in the country's trajectory. By this exercise, apartheid and oppression were formally rejected and South Africa resolved to ensure democracy and equality. This milestone was preceded by the struggle, bloodshed, purposefulness, hard work and resilience of the people of South Africa. Freedom Day celebrates a victory not just for South Africa, but for Africa and the world. In Nelson Mandela's speech at the 1995 Freedom Day celebration, he stated that Freedom Day marks a 'transition from a history of oppression to a future of freedom.' While revelling in our glorious past on a day like Freedom Day, we should also reflect on and attend to South Africa's present and future.

The Freedom Day elections were not just a political exercise of slipping ballot papers into ballot boxes; they were, and still are, symbolic of the recognition of the human rights to equality and non-discrimination. This recognition is formalised in South Africa's Constitution, the Promotion of Equality and Prevention of Unfair Discrimination Act 4 of 2000 and the African Charter on Human and Peoples' Rights, to which South Africa became party in 1996, not long after celebrating its first Freedom Day. These documents are unanimous in asserting that the rights of everyone, including sexual and gender minorities, are deserving of state protection, promotion and fulfilment. The human rights to equality and non-discrimination are the very foundation on which post-apartheid South Africa is built.

There are, however, still frequent cases of violence and hate crimes targeted at sexual and gender minorities at all levels: gay men are still targets of brutal attacks; lesbian women, and transgender and gender non-conforming persons are victims of attacks and corrective rape; and intersex persons are still subjected to genital mutilation at birth and demeaning treatment by service providers. Sexual and gender minorities are still largely unprotected in their neighbourhoods, schools, places of worship, public spaces, online social platforms and even at home. In 1994, this status quo would have seemed an unlikely nightmare, especially as South Africa was the first country in the world to constitutionally prohibit discrimination on the grounds of sexual orientation. These are some of the issues that both state and non-state actors have to reflect on and attend to as part of our celebration of Freedom Day 2017.

As Nelson Mandela pointed out, there is no shortcut to realising our dreams for South Africa. State and non-state actors need to work harder and together at all levels to ensure that our values and visions of human worth, human rights and Ubuntu are realised. Freedom Day was not handed to us on a silver platter and preserving it will not be easy. We need to work together to fight these unfounded prejudices and attacks on sexual and gender minorities, and to align attitudes to the law.

The Centre for Human Rights is of the view that, while the state authorities, laws, policies and structures have an invaluable role in ensuring the protection of human rights – particularly those of sexual and gender minorities – non-state actors, individuals, schools, places of worship and civil society have their parts to play in realising equality and non-discrimination. We are all in this together. 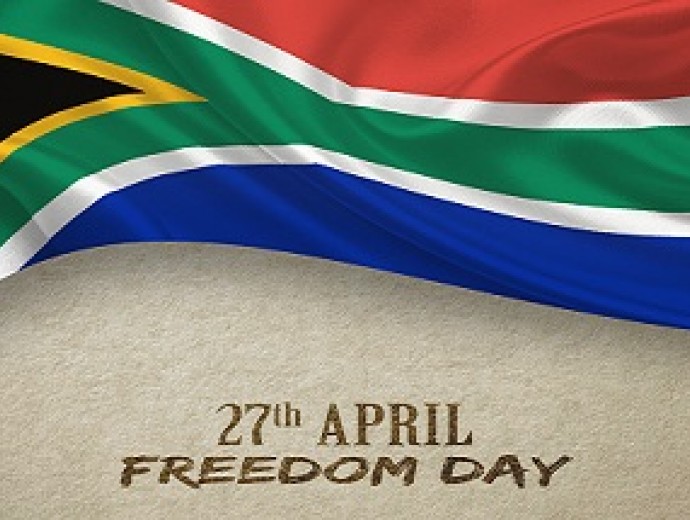