When the going gets tough, TuksLaw alumnus gets going

TuksLaw alumnus Thompson Chengeta was born in Shurugwi, a small town in Zimbabwe. After the death of his father, Thompson had little hope for his future. ‘I remember myself as a little boy wondering how it felt to be able to ask your parents to do something for you – that privilege of saying, “Father I need this and that”. I wondered how it felt to be a kid who plays with others on the playground. I missed out on that as most of the time I had to work to raise money for school fees and food. I did not see any hope, but God did.’

Against all odds, Thompson did not use his fate and misfortune as a hindrance to achieving success and was determined to change his status from victim to victor. He sailed through rural schools and night schools, and found his way to law school where he worked really hard. Apart from shining as a mooter in many moot court competitions, including the Washington Jessup International Law (USA) and the African Human Rights moot court competitions, Thompson graduated as one of the top students in his class at Midlands State University in Zimbabwe. He subsequently enrolled at the University of Pretoria (UP) for a master’s degree in Human Rights and Democratization in Africa, presented by the Centre for Human Rights. He graduated with distinction and got the second highest marks in a class of 31 students from across Africa.

‘Joining UP opened various opportunities for me. To start with, while studying towards my LLM degree and with the financial assistance of the Centre for Human Rights at the University of Pretoria, I was able to do my second semester internship at the International Criminal Court in The Netherlands. On completion of my LLM I obtained a research position under Christof Heyns, Professor of Human Rights Law, in his capacity as United Nations Special (UN) Rapporteur on extrajudicial, summary and arbitrary executions. Prof Heyns, who is also co-director of the Institute for International and Comparative Law in Africa in the Faculty of Law at UP, supervised my LLD thesis titled, 'The challenges of increased autonomy in weapon systems: In search of an appropriate legal solution’. Under his wing I have gained vast knowledge in the field of autonomous weapon systems and the law. Although this topic is current and heavily debated in the UN there are not many scholars on the African continent who investigate it.’

UP’s Faculty of Law is proud to announce that Thompson is currently studying at Harvard Law School towards a master’s degree in the fields of corporate law, business law and human rights. His current research focuses on the presence of Chinese corporations in southern Africa, and the potential human rights implications and impact. He also works as an internal reviewer of the Harvard International Law Journal, and has gained work experience in the Office of the High Commissioner for Human Rights in Geneva. In addition, he had the opportunity to attend high level meetings of the UN in Florence and Geneva, as well as at Oxford University. ‘All this is the result of God’s grace in my life, the kindness with which He imbued all the people who have helped me to work towards my goals. Of course, you need to have an ambition, hard work, tenacity and dedication – keeping an eye on the goal. Special mention goes to the University of Pretoria and the financial assistance rendered to me,’ says Thompson in a recent letter to the Faculty.

With the experience he gained at UP Thompson was able to deliver lectures as part of courses by organisations such as the International Committee of the Red Cross (ICRC). As a former lecturer of law at Midlands State University, he attended the Advanced Course on International Humanitarian Law for Academic Professors organised by the ICRC in Geneva, Switzerland. He lists international humanitarian law as one of his fields of interest and expertise. Since 2012, he has been responsible for drafting the hypothetical case of the Nelson Mandela World Human Rights Moot Court Competition that is organised by the Centre for Human Rights at UP and the UN Office of the High Commissioner for Human Rights. ‘Above all, while at UP and under the supervision of Prof Heyns, I managed to build an impressive CV that got me into Harvard Law School. I am forever indebted to UP for the opportunities presented to me and their financial support.’

Beyond his legal interests, Thompson is a songwriter and singer. He has just finished working on a single that features South African Idols runner up Lize Mynhardt and Justin Ward, an American saxophonist who has worked with international stars like Tyrese Gibson. In one of Thompson’s songs, two lines of the lyrics depict his life:

'I heard the owls singing my name, I heard shovels digging my grave,

I was afraid, then I chose to be brave!' 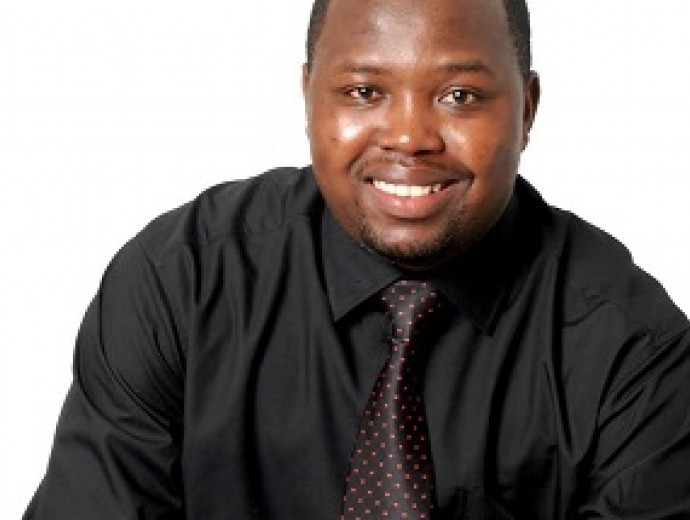